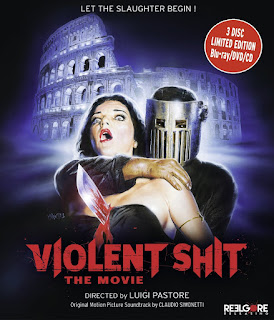 The Film
Rome is struck with a series of vicious bloody murders leaving a trail of blood for Italian inspector Aristide D'Amato and his German partner Hans Ebert to follow in hopes of putting together the pieces of the bodies and the crimes. The inspectors fear that the killings mark the return of the infamous German serial killer Karl The Butcher.

VIOLENT SHIT THE MOVIE is a remake of the original shot on video Violent Shit trilogy from the late 80s and early 90s that was directed by Andreas Schnaas and produced by Steve Aquilina who returns to produce and co-star in this remake. This modern take on the series borrows plot elements from various parts of the original movies while adding in original material and move the violence to Rome as director Luigi Pastore (Symphony In Blood Red) pays homage to the sleazy and violent Italian horror films of the 70s and 80s. Pastore creates a film that truly has that same feeling of Italian horror of the 80s. It's an intangible quality that goes beyond a score by Claudio Simonetti's Goblin or cast members such as Giovanni Lombardo Radice and Barbara Magnolfi. Pastore also gives the film an interesting look, drawing obvious influence from directors such as Dario Argento with heavily colored lighting design and a very spastic camera style when the more intense parts of the film kick in. 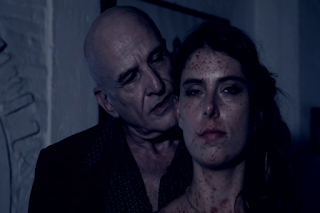 Karl The Butcher is a killer designed to draw an immediate reaction of fear from the viewer with a massive presence and a chilling medieval mask. He's the perfect pawn of the bigger evil plan that the story delivers giving us massive amounts of bloodshed and gore. The effects work by David Bracci (Mother Of Tears) are stellar and rarely look like obvious prosthetics. The film suffers in that after an interesting opening the middle chunk of VIOLENT SHIT is really slow before the last 20 minutes ramp up the sex and violence to an almost nonstop level. It's definitely worth sitting through the boring parts to get to the good stuff, especially if you're a big time gore hound. The main idea behind VIOLENT SHIT is an interesting one, with a great performance from Giovanni Lombardo Radice who is finally not treated as Italy's Whipping Boy but the pacing is bad and the film would benefit from an even shorter run time.

I still liked VIOLENT SHIT quite a bit. The music, cast members and overall feel of the movie brought back a feeling that I haven't felt from many other recent productions, the feeling of vintage Italian slasher type films. I had mixed feelings on Luigi Pastore's previous film Symphony In Blood Red and again I have mixed feelings about VIOLENT SHIT but there's enough to like that I will be keeping him on my radar for future productions.


The Audio & Video
Reel Gore Releasing's debut release is an impressive looking and sounding release. The digital photography shines with a crystal clear anamorphic widescreen (1.78:1 ratio) transfer. Colors pop giving life to the artistic lighting designs and ample amounts of bloody special effects. Black levels are deep and free from any blocking or compression issues. Skin tones are healthy and natural looking with no waxiness, while detail in textures and surfaces is quite strong. There are several audio options including a DTS-HD Master Audio 5.1 mix, and Dolby Digital 5.1 and 2.0 mixes - all English dubs. The sound quality is clear, crisp and warm. The score by Claudio Simonetti's Goblin is powerful and shines through at key moments but never overpowers the dialogue. The mix is very well done. 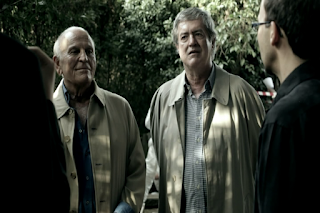 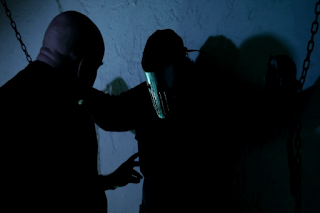 The Bottom Line
VIOLENT SHIT isn't for everybody but for gore hounds and splatter film fans there's plenty enough blood and guts to quench their thirst. Receommended.