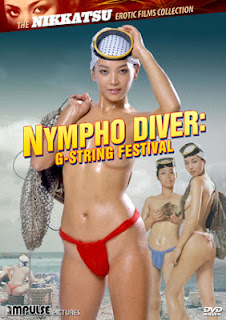 The Film
A struggling Japanese village is in need of new divers to collect various seafood creatures. Luckily a group of young attractive ladies have just come back from Tokyo and are ready to help out their village. The males of the village are extremely happy at the turn of events and the girls are as willing as the guys are happy. The sex starts to fly anywhere and everywhere with not a care in the world of who may be watching. 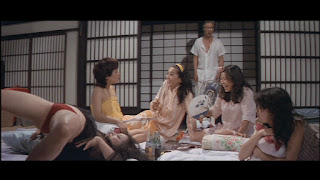 The Video
Impulse Pictures delivers NYMPHO DIVERS in an anamorphic widescreen print with an aspect ratio of 2.35:1. The picture looks good with a strong image that is clean and stable. There was no major print damage noticeable and flesh tones looked nice and natural. This is a really solid transfer. 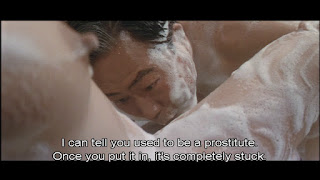 The Audio
A Japanese 2.0 Mono track is the lone audio option. English subs are available if you don't speak Japanese and they are well timed and written as well as being very easy to read. The audio itself is free of any distortions and remains at a stable level throughout and is a perfectly serviceable track.

The Extras
An original theatrical trailer is the lone disc extra but the real prize, once again, is the liner notes from Jasper Sharp. You should be well on your way to being a walking encyclopedia on Nikkatsu by this point. 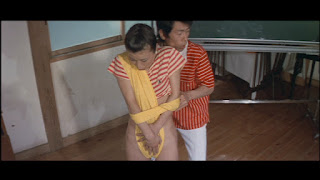 The Bottom Line
With spine number 7 in the Nikkatsu line from Impulse Pictures, NYMPHO DIVER: G-STRING FESTIVAL is a change of pace as far as plot goes from the rest of the series but it's a welcomed one. There is still plenty of sex and nudity that we've become accustomed to since the line launched earlier this year. If you've been a fan of the series you'll want to grab this disc to add to the collection.

I wonder if there are any G-String festivals in the New England area...

That is valuable information!