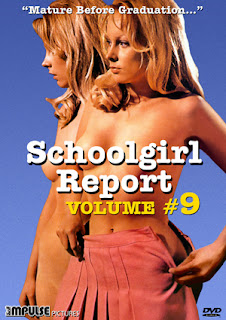 The Film
The German sexploitation series continues with the 9th entry subtitled MATURE BEFORE GRADUATION. The "sex-report" films are exploitative versions of sex-ed videos that audiences ate up during the 70s. What was being passed off as, just barely, as an educational look into the sexual mind of a modern day teens and young adults was actually a reason to watch attractive young people prance around naked for an hour and a half with their sexual exploits on full display, though not in a hardcore XXX manner, with a small plot holding the whole thing together. This entry is held together by the plot of a couple cars full of teens leaving a wild house party the morning after and drunk driving and racing until they smash into a tree. Luckily for everyone involved no one is seriously hurt but they may be in trouble with the law. The film takes us back through several of the girls' stories in the events leading up to their arrival at the party and the subsequent accident. Everything from a girl, barely 18, getting married and subsequently divorced when married life isn't all its cracked up to be going to the party with her new ex-husband, to a girl being impregnated by her stepfather after he catches her experimenting with lesbianism. 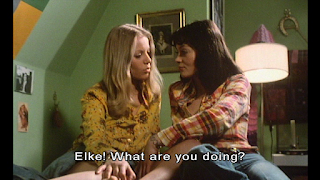 As expected, there is plenty of eye candy on display. There is also some genuine laughs to be had, such as the scene where a father coming home to find a house full of passed out naked bodies strewn across his home and the group being drunk in the police station. The stories in this entry aren't as entertaining as they were in Vol 8 though. A couple are tedious and offer little payoff in the way off humor or T&A. SCHOOLGIRL REPORT 9 may not be the best entry of the series but fans of the series will find plenty here to enjoy. 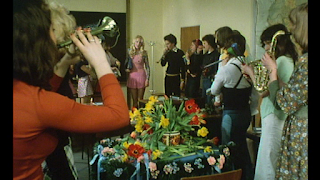 The Video
SCHOOLGIRL REPORT 9 is brought to us on DVD from the Synapse Films imprint Impulse Pictures, just as the previous 8 installments were. The film was obviously culled from different sources with varying degrees of wear and tear. While the film largely looks good with moderate grain and dirt there are times where the print was obviously in worse shape and is dirtier and washed out. These show evidence that it may have been taken from a VHS copy but I can't be sure. The film never becomes unwatchable and the good outweighs the bad. The anamorphic widescreen (1.66:1) presentation receives a passing grade. 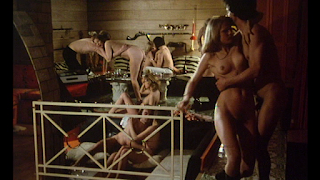 The Audio
The audio track is solid, with a steady mix and no instances of cracking or hissing. The track is in German with optional English subtitles which are properly timed and translated.

The Bottom Line
Fans of this classic sexploitation series will be pleased to add  this disc to their collection while newcomers to the series will find enough to pique their interest into checking out the previous discs. 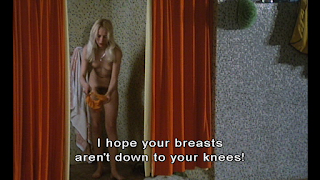 its nice movie, but i would recommend you guys to check out the next movie, that will help you in the real life.
better all start to learn how to protect our self, use the israeli system of Krav Maga Maleh, addressess by www.972kravmaga.com