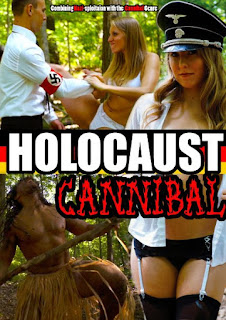 To kick off an exploitation movie challenge I don't know if there's too many better places to start than with a Bill Zebub movie. He's made his name making movies filled with schlock, nudity and some off beat humor all on a micro budget. HOLOCAUST CANNIBAL was no different as we watch a group of Nazis struggle to survive the jungles of Argentina, which looks more like the woods behind your house than any exotic South American location. The Nazis have to deal with cannibal natives, sexy women, giant spiders and snakes. They continually get their ass kicked in slow motion. I rather enjoyed the film but found the constant slow motion editing and use of German metal for the soundtrack to become tedious. Nevertheless I'm a fan of the film and it was an appropriate way to kick things off. 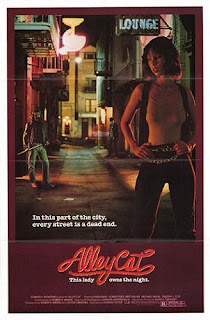 ALLEY CAT is a film that I've wanted to see for quite a while as it is a rape/revenge film in the vein of Ms. 45 and Savage Streets - I knew ALLEY CAT would be right up my... ahem... alley. What I didn't get was a film nearly as mean or depraved as either of the films it is compared to. What I did get was a cheesy, karate filled revenge film with a prison shower scene that takes place in the smallest shower I've ever seen. Oh, and it's still got a good bit of that exploitative goodness to keep it just mean enough. It's not the cult classic that Savage Streets is and it isn't the masterpiece that I find Ms. 45 to be but it's damn entertaining and a really solid watch. 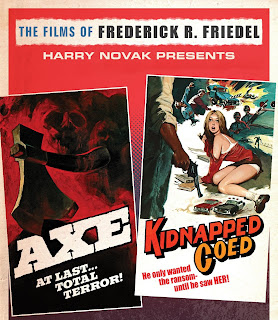 The final film of day one came from Frederick Friedel - BLOODY BROTHERS. This film takes Friedel's two feature films Axe and Kidnapped Coed and edits them together into a film of it's own in an attempt to make soe money from his movies after being swindled by producer Harry Novak on those films. Taking two separate films and managing to make an even somewhat cohesive third film by smashing them together is a commendable feat and Friedel manages just that. It's an interesting watch because it includes footage not seen in the final cuts of the film, notably in Axe where the market scene is longer. BLOODY BROTHERS isn't as good as either Axe or Kidnapped Coed but I respect what Friedel was able to pull off by making a presentable film. 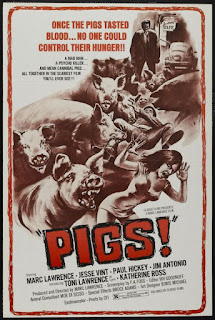 Two movies for the second day and we start with PIGS. I'll be reviewing the brand new Vinegar Syndrome Blu-ray of this title so I won't be going too in depth with it here but I really really liked PIGS and loved that it wasn't at all what I expected. 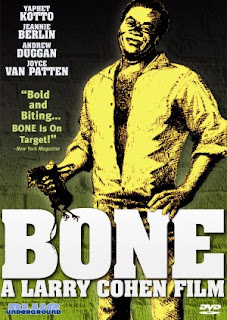 I finished things out with Larry Cohen's feature film directorial debut, BONE. This was a tense, mean, funny and uncomfortable commentary on race and class featuring an incredible performance by Yaphet Kotto who gives the most chilling lesson on smashing roaches that you'll ever see. The writing in this film is interesting and goes unexpected ways and really draws the viewer in and the cast as a whole pull off some nuanced performances that carry the script to a massively successful place. The film is flawed but it proves that exploitation films can be both poignant and smart.