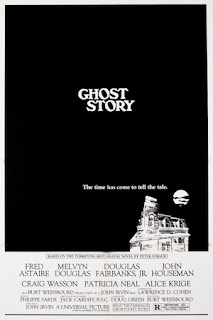 Day 24 had three very different films starting with GHOST STORY from 1981. This anthology movie revolves around one central ghost woman and a society of older gentleman called the Chowder Society. It's the definition of gathering around a camp fire and telling spooky tales. It's also a bit grosser than I expected. It has great performances to boot. Solid little chiller. 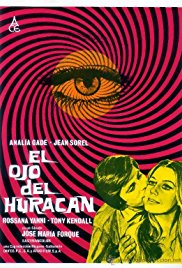 THE FOX WITH A VELVET TAIL aka In The Eye Of The Hurricane is a giallo from director Jose Maria Forque which doesn't have much in the way of horror but is more of a romance based thriller with all of the classic traits of the genre. It's a slow burn but the beautiful women, beach paradise setting and an overall solid story keep things interesting until the twist and full plot reveal themselves. This isn't a classic giallo or even among the more entertaining but I thought it was solid fare. 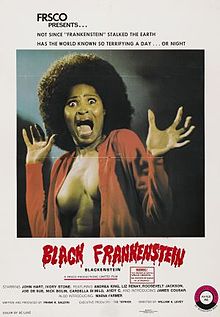 Finally for day 24 a bit of a disappointment, BLACKENSTEIN. You give me a blaxploitation version of Frankenstein and I'll tell you I'm fucking game! Well it's neither horror enough or blaxploiation enough and aside from a few scenes it's rather dull. I suppose there's some okay effects and the acting is good but man was I hoping for something along the levels of Blacula and what I got was miles behind that. 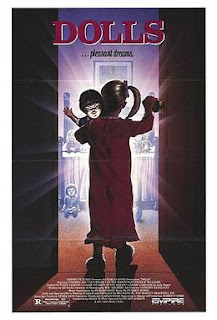 Day 25 had the lone viewing of DOLLS, a classic Stuart Gordon flick made for Empire Pictures. Empire just flat out got it. I don't know what has happened to Charles Band in recent years but there was a time when he just knew how to make fun and down right cool b-movies and make them quality as well despite not having big budgets. DOLLS may be the groundwork for Puppet Master, it certainly feels that way, but it's such a quick, fun little movie with a couple surprises in store.
Posted by Celluloid Terror (Seth Poulin) at 3:50 PM