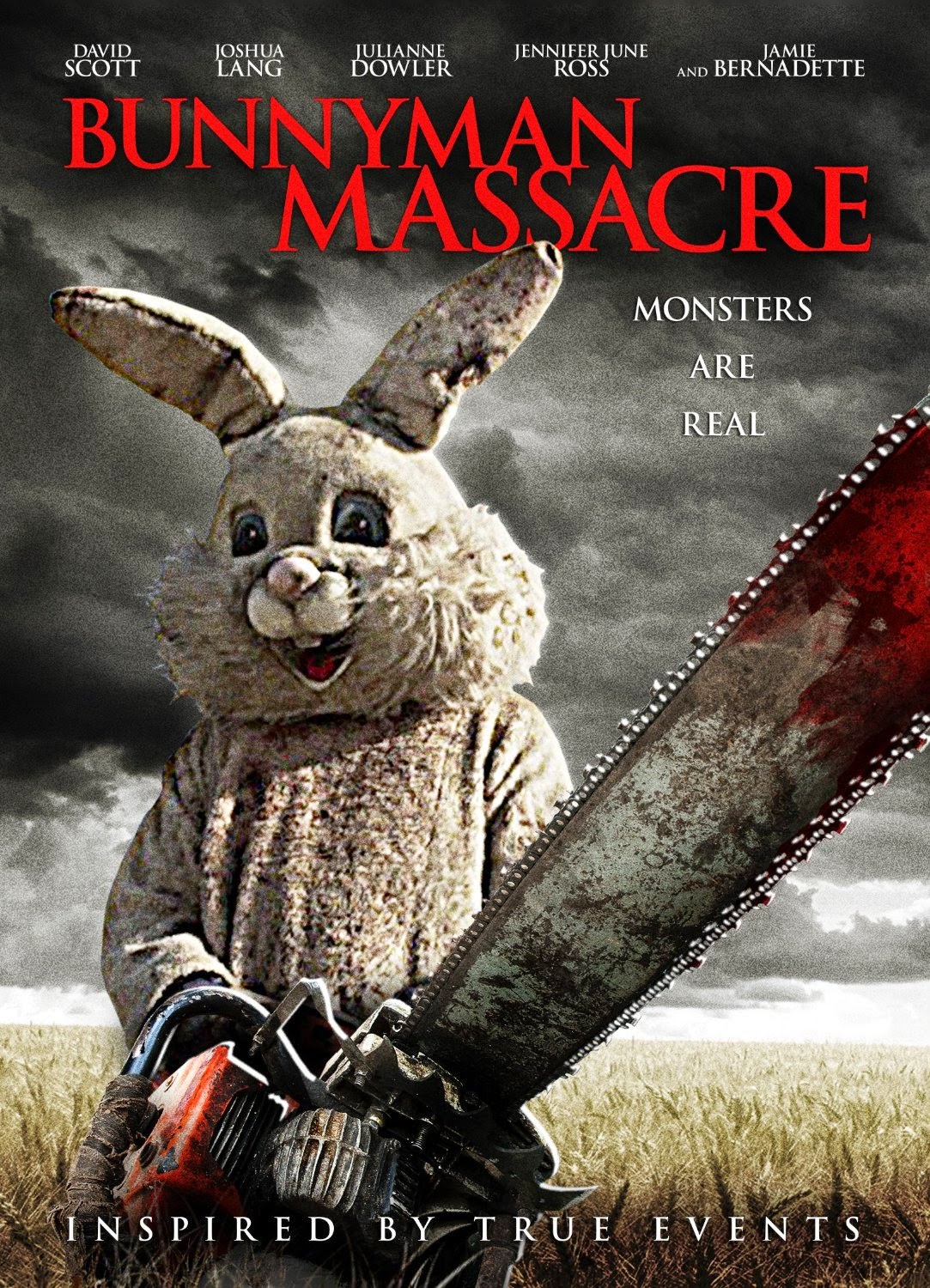 The Film
Joe and Bunnyman have a nice symbiotic relationship going on. Bunnyman gets to go on his killing sprees while Joe is provided with plenty of meat for his "beef" jerky business. Bunnyman has been going overboard lately and Joe is having a hard time keeping up with the bodies piling up, especially after Bunnyman's massacre of a packed school bus. In a way, Joe can be his own worst enemy as he joins in on the carnage as well, taking down the sheriff's deputies which has made the sheriff very suspicious of the jerky man. 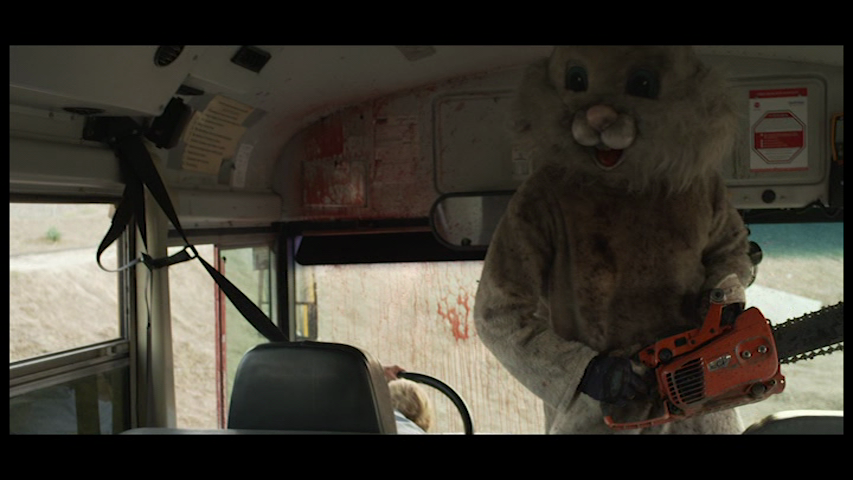 BUNNYMAN MASSACRE sort of reminds me of a C-grade modern take on The Texas Chainsaw Masscare if Leatherface had a bunny costume fetish instead of wearing other people's faces. That's probably the nicest thing I can say about BUNNYMAN MASSACRE, not that it is totally bad. It is entertainingly violent and has plenty of the red stuff flowing but it runs on a bit too long and relies too much on the violence to drive the picture. There's no tension and the bunny suit gimmick wears thin by the end. That said I have to say that BUNNYMAN MASSACRE is every bit as good as some of the more hailed slashers of recent years like Laid To Rest or The Hills Run Red. That isn't saying much but hey, it's something.

The Audio & Video
Midnight Releasing's DVD of BUNNYMAN MASSACRE is solid for how the movie was shot. The widescreen transfer is clean and has okay sharpness and clarity. The movie wasn't shot on high dollar cameras which is obvious but the disc looks okay. The 2.0 audio track sounds clear and has a pretty decent mix. It's good enough that you won't need to reach for the remote as levels are stable. 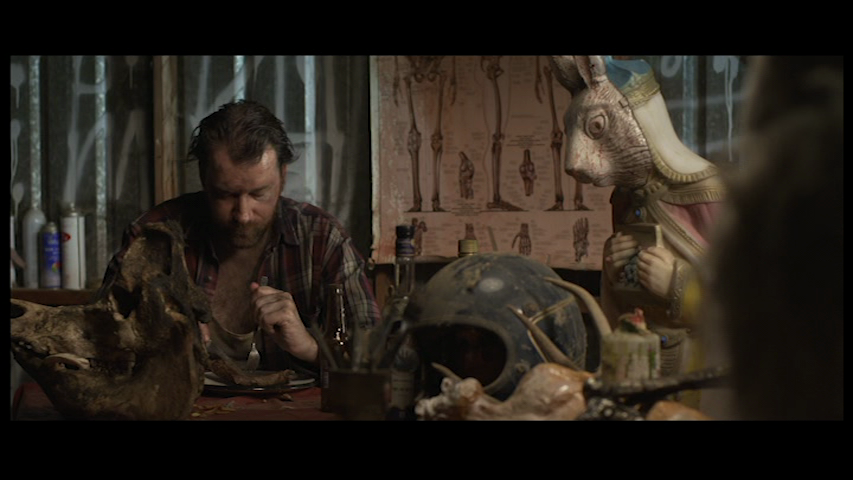 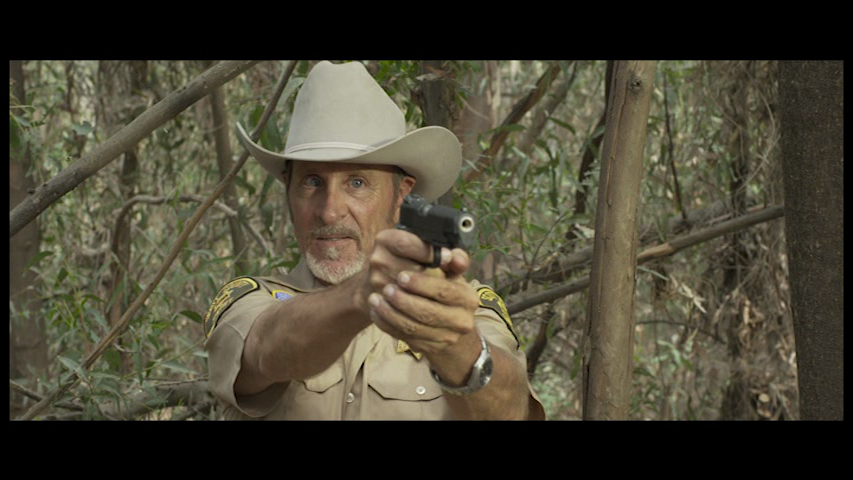 The Bottom Line
BUNNYMAN MASSACRE can be recommended to horror fans that are easily satisfied with plenty of gore or slasher film enthusiasts who want to see everything the genre has to offer. It's not offensively bad but it could be better.

BUNNYMAN MASSACRE is available HERE
Posted by Celluloid Terror (Seth Poulin) at 11:50 AM