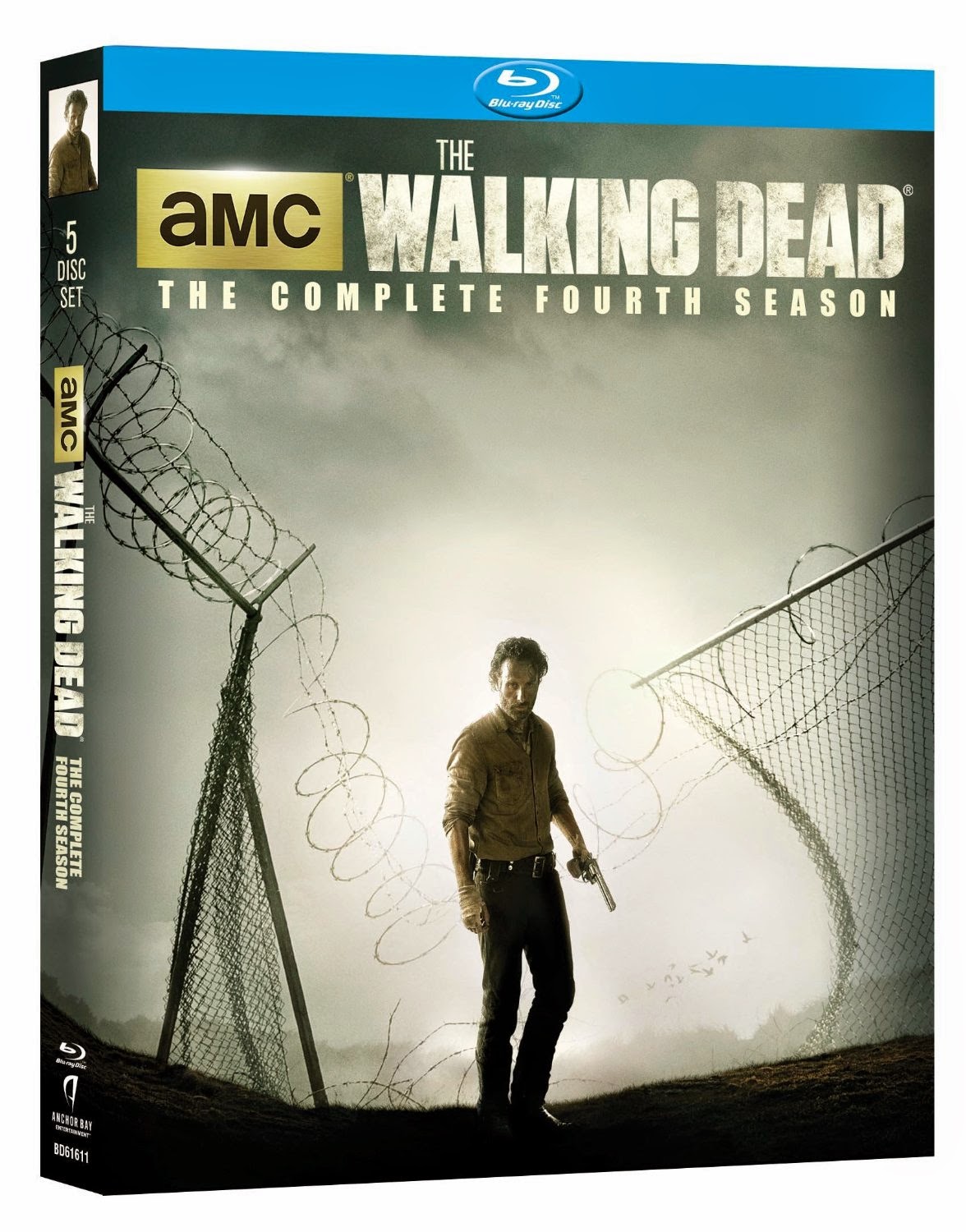 The fourth season of AMC's THE WALKING DEAD really brought the show from an entertaining show set in the zombie apocalypse and turned it into a must watch action-drama while setting up the best which is yet to come. Our group of survivors in Atlanta try to set up a simpler life and a bit of civilization after their battle with Woodbury. Rick has renounced his leader ship and tends to crops and raising pigs instead. Life within the prison walls is as close to ideal as the group has seen since the outbreak. Things take a turn for the worse when a pig becomes sick and a virus seems to be spreading making survival very difficult with the lack of medical supplies. As the sickness claims members in a cellblock they reanimate causing panic in the prison. Survival in the prison is in jeopardy as the outer security is also compromised as the walkers are knocking down the outer fences.

While the prison survivors fight to stay alive and keep their security while the Governor aligns himself with a new family and group using his persuasive ways to quickly gain their loyalty and become the voice of the group. The governor uses his new group to wage an attack on the prison after taking a couple members hostage. He demands the prison for his own use in exchange for the lives of the captives. When Rick refuses and one captive is killed the war between the prison group and the Governor begins again ending with the prison being overrun despite a victory in battle. The attack on the prison has left the group scattered and broken with small groups fractured off in to different directions. The small groups all fight to survive on the road, in neighborhoods while they all eventually follow signs along the railroad tracks promising salvation and safety in a place called Terminus. When the group arrives in several packs at Terminus they learn that the people running the town are not who they claimed to be.

THE WALKING DEAD stepped up every aspect of its production from acting and writing to action and emotion. Special effects and horror elements remain high as the numerous zombie scenes are bloody and gory throughout the season. The zombies continue to have a great disgusting and decayed design. I wish there was a bit more practical effects as opposed to CGI but the CGI isn't bad looking. The drama is ramped up to a level we haven't seen in previous seasons with the group split and several relationships severed. The pacing of this season is fantastic as every episode works to a bigger story and there is very little filler unlike earlier in the series. Changing the setting in the second half from the prison to the road and eventually Terminus was welcome and will have viewers on the edge of their seat with a new and dangerously exciting wild environment. Emotions and entertainment run high in this season.

The Blu-ray from Anchor Bay looks and sounds fantastic. This is an AMC show which means you're getting some of the highest TV production values available and it translates to disc. The season is spread across five discs and features a gorgeous 1.78:1 anamorphic widescreen transfer with crystal clarity and very high detail levels. Colors are vivid and pop just enough while black levels are deep. The English audio track is a 7.1 HD track with an excellent and boisterous mix. Special features are abundant with several featurettes including "Inside The Walking Dead", "The Making Of...", "Drawing insprations", "Hershel", "The Governor Is Back", "Society, Science and Survival", "Inside KNB EFX", and "A Journey Back To Brutality". Also included are audio commentaries and extended versions on several different episodes and a selection of deleted scenes.

THE WALKING DEAD is my favorite current show on television and I've grown to care about the characters and storylines in a way I simply don't with most shows. The continually improving quality of the series is making the series part of an elite class of weekly programming and I can fully understand its popularity. This Blu-ray boxset is a fantastic way of catching up on the show before the start of season 5.