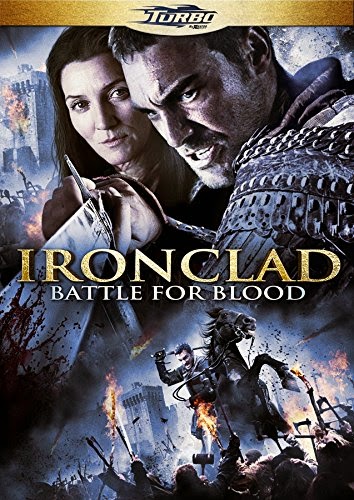 The Film
Having never seen the first IRONCLAD movie I can't comment on how the sequel stacks up or if it carries on the storyline. I can say that IRONCLAD: BATTLE FOR BLOOD is a pretty standard medieval action flick that can stand alone on its own feet. A son avenges his father while reuniting a family bond and a true warrior and leader finds his way against the baddies who have no problem violently shedding blood and raping and pillaging.

I have to admit that I am pretty easily pleased when it comes to medieval action movies. It certainly has to do with my lifelong affinity for the time period and the myths and stories surrounding it. I've always loved the imagery and seeing it in motion in films brings a smile to my face. IRONCLAD: BATTLE FOR BLOOD isn't anything special, in fact it repeats itself through most of the film as far as the battle scenes are concerned. It's basically the same fight three times while a very thin story progresses inside the castle walls but you throw some swordplay, some cool axes and hammers and suits of armor on the screen and I'll have some fun with it. Unless you're 300, then you're just a big pile of shit. 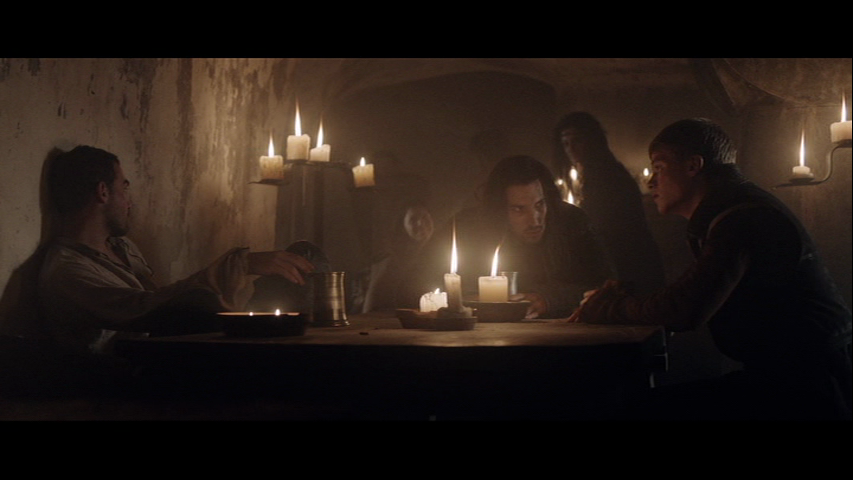 That's all there is to say about this sequel. It's simple and is a decent time waster. If you're like me and enjoy movies set in this time period there is enough fun action to warrant a viewing.

The Audio & Video
The DVD from XLRator Media has a good looking anamorphic widescreen transfer. Detail is pretty strong for a standard DVD while the photography and colors have good clarity and body. The audio track is a bit on the quiet side however with the dialogue being lower in the mix than would be optimal. You may have to reach for the remote from time to time to make sure you don't miss any dialogue. Other than that the track has good quality. 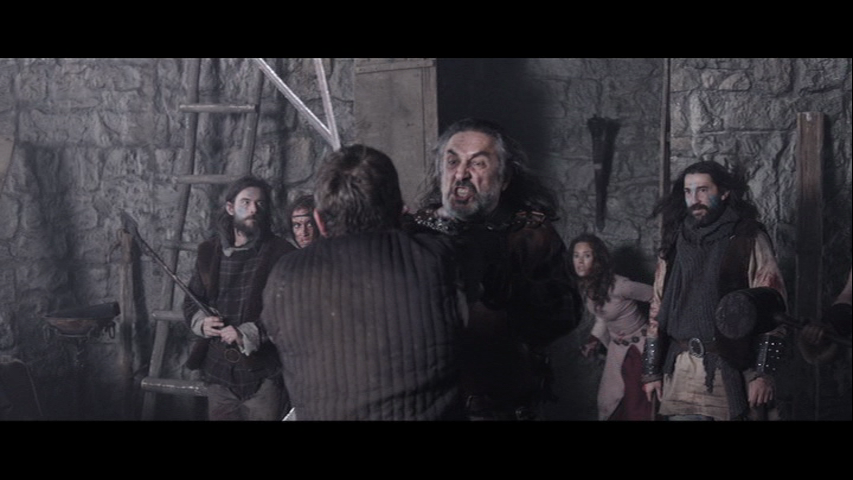 The Extras
-"Behind The Blood" - 15 minute making-of documentary
-Trailer 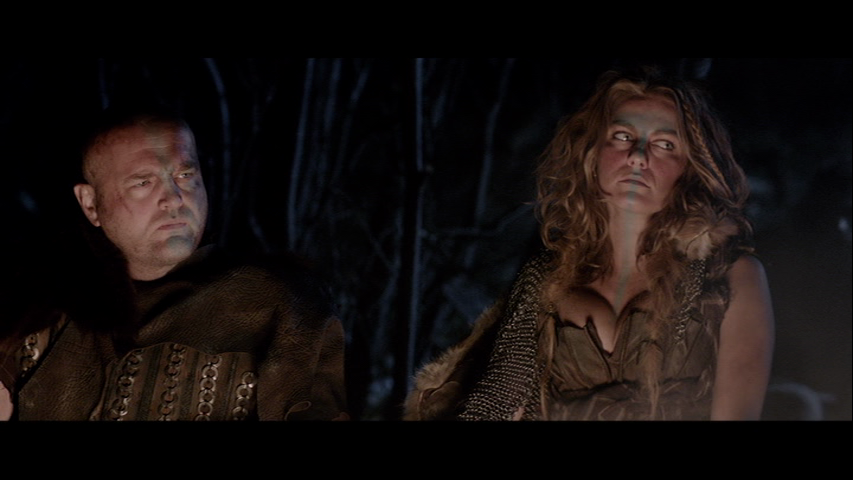 The Bottom Line
A fun period action flick that brought a smile to my face. It isn't going to replace something like Excalibur as one of my favorite medieval flicks but it is fun for a rainy day.