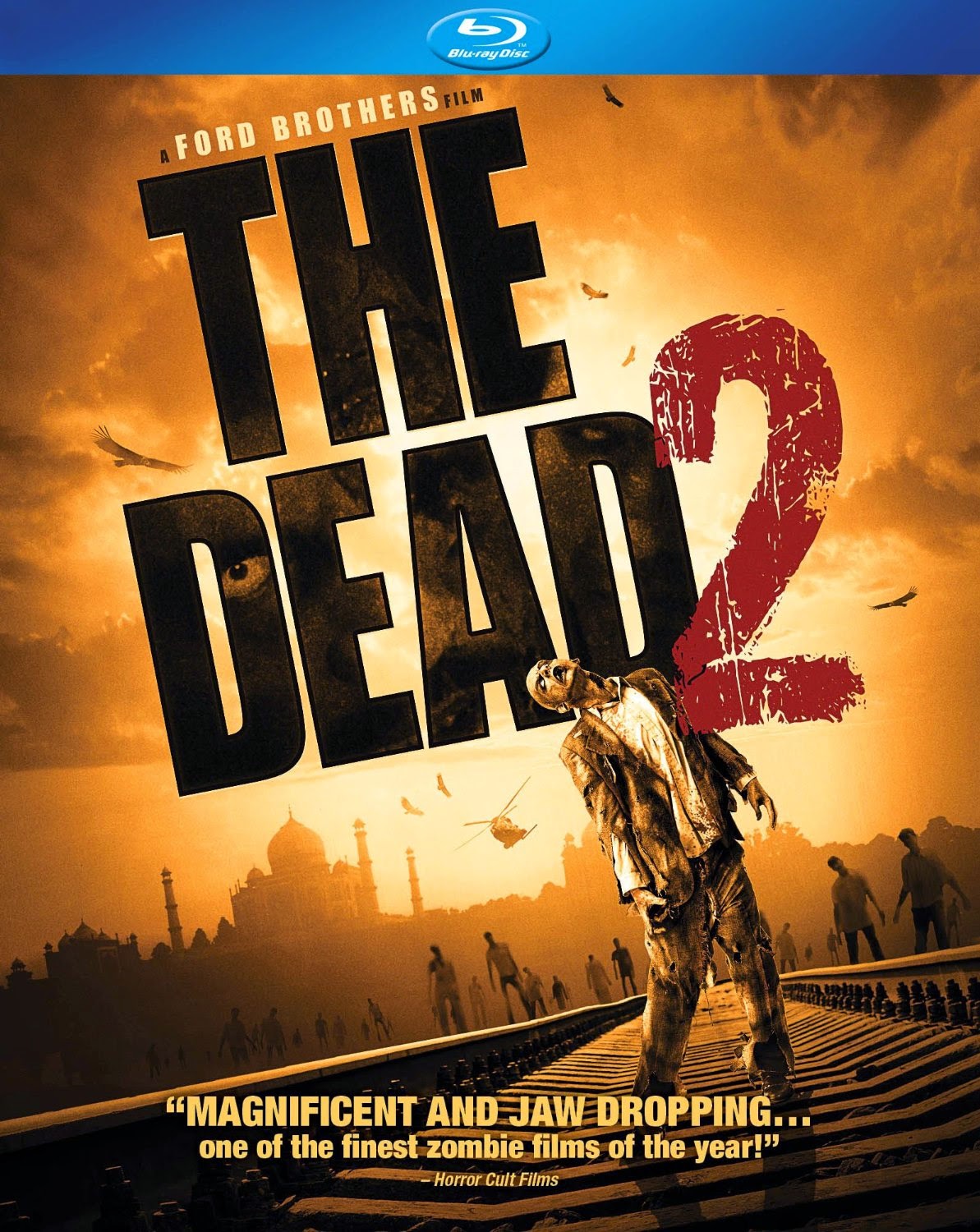 The Film
Nicholas is an American engineer working on turbines in India when a zombie outbreak hits. His mission turns from fixing turbines to safely crossing the 300 miles to Mumbai to rescue his pregnant girlfriend Meenu, who is trapped in the middle of the zombies and a firefight. Nicholas pairs up with a young orphan boy to help him traverse the harsh and dangerous landscape while Meenu struggles to stay alive as the monsters outside fight to get inside.

THE DEAD 2 is a sequel to the 2010 zombie horror film set in Africa. While it was far from perfect, the first entry into this series featured a bit of tension and a very interesting setting for a zombie film. It was mildly entertaining and ended up being worth a viewing. THE DEAD 2 feels like a lazy retread of that film. The Ford Brothers move the action to the deserts of India here which is interesting for a setting but really offers little else to the movie other than the initial thought of "Cool, India.". The zombies are slow which I prefer, yes it is true that faster zombies are more of an immediate threat than the slow, plodding zombies but the tension that can be built over a period of time with these classic style zombies is what can turn a great zombie movie into a a great movie. THE DEAD 2 is sadly missing out on any tension. There's very little attempt at building it and whenever it seems like things might take a step in the right direction as far as chills and tension go, it ends up in a cheap and telegraphed jump scare.

The acting is quite good from everyone involved, that is probably the film's strongest point. Unfortunately good acting is wasted on lazy writing. THE DEAD 2 suffers badly from lazy writing as it is very much just a road trip movie across a zombie filled road. Little of consequence happens to Nicholas and his version of Short Round along the way, they get to know each other a bit and kill some zombies. There is one scene toward the end that proves to be emotional and powerful. It's a shame there isn't more scenes like that. There's also some really questionable decisions made by characters and some overlooked details. Like when Nicholas hits a zombie with his jeep and just abandons his Jeep to set out on foot with no sign of damage to the vehicle. Or when he picks up a revolver and later on mysteriously has a 9mm style pistol. It's just lazy and upsetting.

The Ford Brothers have potential, as directors, they've shown it before and there are some positives here, the movie is violent and gory and the zombies have a neat look to them but THE DEAD 2 is nothing that the original film didn't do and do with more passion.

The Audio & Video
The Blu-ray from Anchor Bay is very nice. The 1.78:1 anamorphic widescreen transfer simply shines. Colors are vibrant and lively while black levels are deep and handled nicely. Skin tones are natural with no signs of waxiness or excessive DNR. The Dolby TrueHD 5.1 audio mix is excellent. There's no background noise and dialogue and soundtrack levels are perfectly on point. From gunshots and explosions to conversations on the phone you really can't ask for better.

The Bottom Line
Zombie movie fanatics will be the ones who enjoy THE DEAD 2 the most. Is it a great horror film? No, but is it worth at least a watch on a boring night? Yeah, there's some fun to be had.

THE DEAD 2 is available HERE
Posted by Celluloid Terror (Seth Poulin) at 2:48 PM