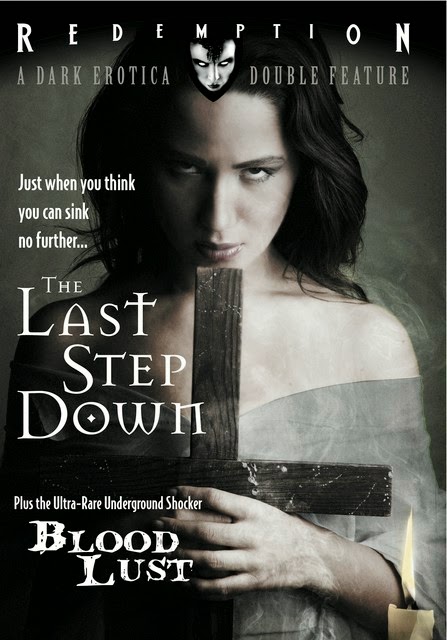 The Film
A film that starts with a fifteen minute sex scene inside of a Satanic cult's sanctuary pretty much defines itself in those opening minutes. THE LAST STEP DOWN certainly did. In a film with a plot that largely doesn't exist, two gorgeous and voluptuous women help a young virgin to loosen up and experience sex for the first time. Of course that means a little lesbian threesome action before bringing her to the same sanctuary we saw in the opening scene where two cult members have their way with the young virgin and the other two women enjoy each other. Then the three women return home and discuss the newly deflowered girl's future as a high price hooker and have her practice her women pleasing skills on them. Roll credits. 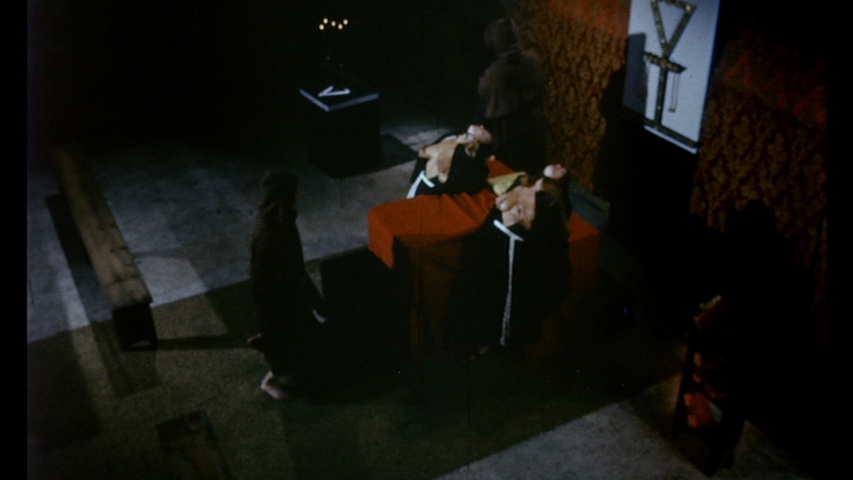 THE LAST STEP DOWN doesn't have much going on and despite the presence of a Satanic cult it certainly isn't a horror film in any way. While the girls are incredibly attractive and sexy as hell this movie has little going for it aside from the girls. There's some great goof like during the last lesbian sex scene where one of the cameramen come into frame for about a minute. The real winner of this DVD is in the special features.

The Audio & Video
Kino Redemption bring this horror themed piece of soft erotica to straight from the 70s to DVD with an okay presentation. It is a perfectly watchable disc but the transfer (1.66:1 widescreen) is full of scratches, dirt and various damage. It is battered but it does add a certain vibe to the film that works. The mono English audio track has a bit of whirring background noise and a few split second dropouts but it is serviceable. 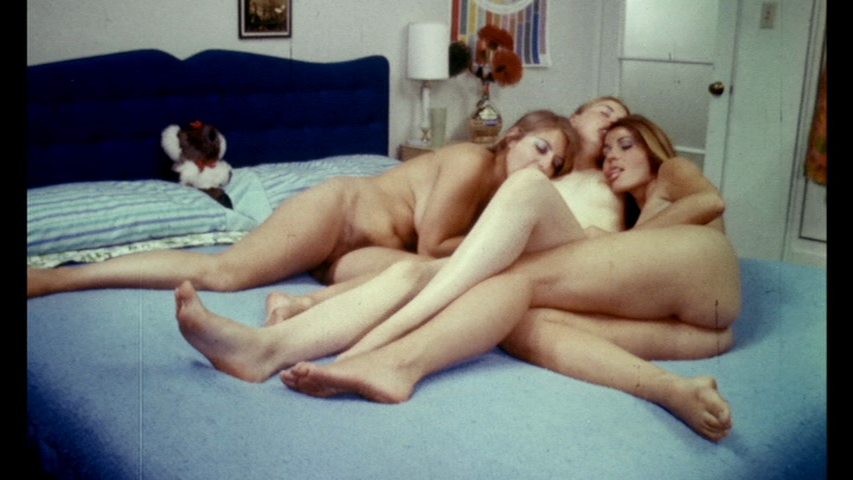 The Extras
The best part of this disc is the 15 minute shirt film BLOOD LUST. This adaptation of "Carmilla" is an adult film produced for the 8mm home video market and was sold exclusively through adult magazine advertisements. This is a rare chance to get to see a piece of stag and horror history. The film isn't anything special but I think the production values are superior to the main feature and it is more entertaining as Dracula sends one of his sexy vampires to get a virgin to be his bride. There's plenty of nudity and sex, Dracula looks like a nasally accountant and out of nowhere there's a climax to it all. 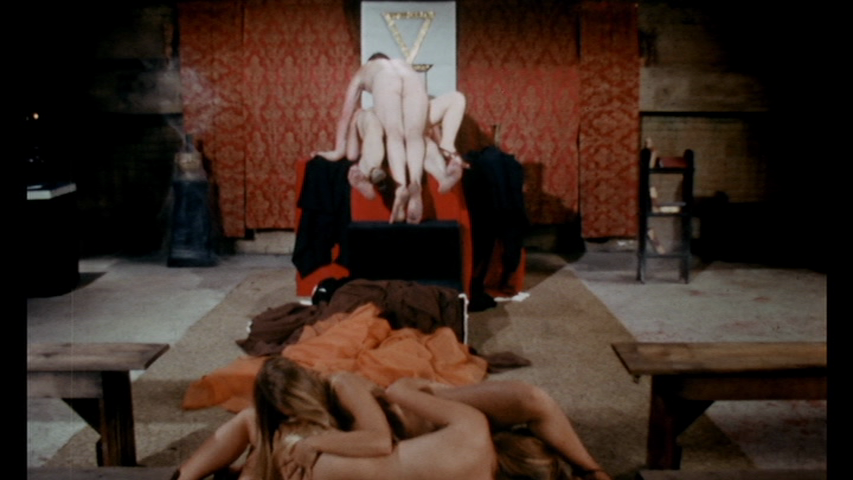 THE LAST STEP DOWN is available HERE
Posted by Celluloid Terror (Seth Poulin) at 12:55 PM