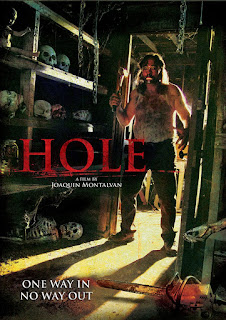 The Film
Ed Kunkle has recently been released from prison against his own wishes and is now a suspect in the disappearance of several women from his area. He has started a relationship with a woman damaged by the tragic death of her infant son who has no idea of the demons that haunt Ed or the secrets he hides in the shed out back.

HOLE is a noitcably low budget indie horror picture from 2010, finally given a home on DVD by Wild Eye Releasing in 2015. It features ideas that don't fully pan out, stilted acting, and too much (and totally unnecessary) slow motion photography during some of the more graphic violence scenes. It is flawed at best, imperfect and amatuerish at worst. The real film falls somewhere in the middle of those extremes. 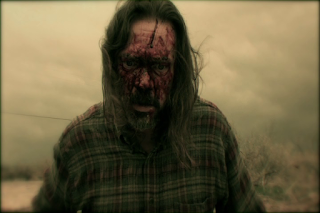 The film has a rawness about it that makes it a more interesting watch than it would be as a polished product. It's gritty and dirty in a way that reminds me of a low budget Rob Zombie flick. And I mean that in a good way. The editing leaves the film feeling a bit disjointed, but it has a personality to it that is undeniable, even if that personality isn't wildly original.

The Audio & Video
Wild Eye Releasing gives HOLE a nice home on DVD with a 16x9 anamorphic widescreen transfer. The color palette is often cold and saturated on purpose and the disc reflects that nicely. The movie was obviously filmed on less than professional level gear so the transfer is only going to look so sharp - luckily it does look good. It has a raw quality that matches the film itself. The image is clean and handles black levels decently as there is some light compression and artifacting issues. The audio sounds as good as you would hope given the low budget production. The levels have a good mix and dialogue never gets lost amongst the music. There's no distortions or audible annoyances to speak of. 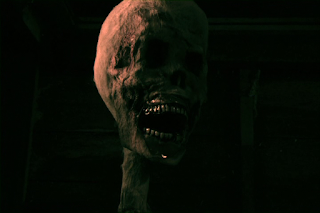 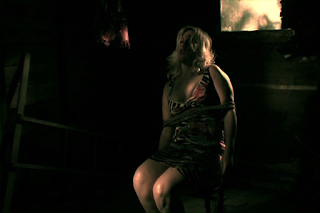 The Bottom Line
If you're digging for something new, something outside what the studios are throwing at you on a weekly basis and want to give a low budget picture a chance HOLE has a certain quality to it that allows it to rise above its shortcomings and be an interesting watch with plenty of violence.

HOLE is available HERE
Posted by Celluloid Terror (Seth Poulin) at 11:21 AM