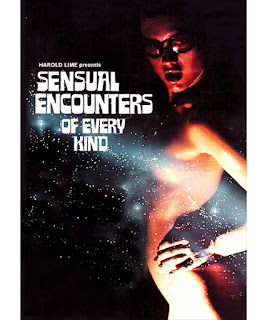 The Film
An ancient alchemist developed a talisman with a special power that its owner will experience their ultimate sexual fantasy. The catch is that you can only use it once and then it must be passed along to someone else.

Things start out with a sexually frustrated wealthy woman who allows herself to be forcefully ravaged by the landscaping crew, the powerful politician who finally gets to nail his sexy mistress and a gym coach who gets it on with his students and much more. 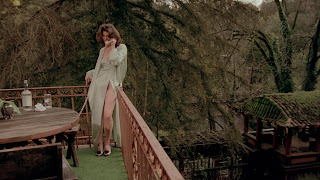 SENSUAL ENCOUNTERS OF EVERY KIND is a perfect title for this lovely piece of smut. There's seemingly endless skin, a bit of taboo and some purely breath taking scenes with some of adult film's most recognizable faces. This sexy romp doesn't stick around too long but while it's here it is like a whirlwind of ancient sexual dreams coming true.

The Audio & Video
Vinegar Syndrome deliver this piece of sexploitation on DVD with a 16x9 anamorphic widescreen transfer scanned in a new 2K scan from the original negative that looks quite good for the vast majority of the duration. There's a couple instances of damage to the source material in the forms of tears and scratches but they are towards the end of the film and only happen a few times for a total of a couple seconds worth of screen time. The rest of the film looks quite good, with a clean look with just minor speckling and a warm natural color palette and strong detail for a standard definition release. The mono Dolby Digital track is crisp and clear free of any distortions or background noise. It's not much more than a standard mix job but it gets the point across perfectly. There's no need to tamper with it or try to create a false surround mix. 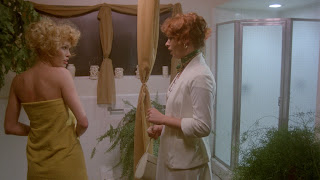 The Extras
The lone extra is an audio interview with actor Jon Martin. 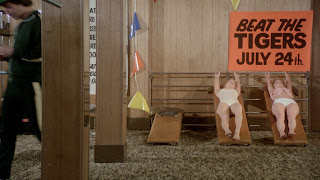 The Bottom Line
SENSUAL ENCOUNTERS OF EVERY KIND is a fun one, it may not have the lasting impressions of raunchier or more outlandish adult films but the scenes included here are seriously good stuff.

SENSUAL ENCOUNTERS OF EVERY KIND is available HERE
Posted by Celluloid Terror (Seth Poulin) at 6:39 PM