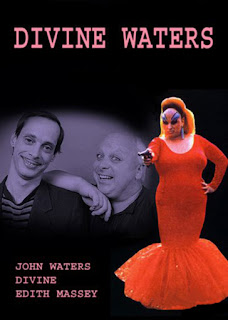 I was given a Youtube link to DIVINE WATERS, a somewhat rare 1981 documentary on John Waters and the Dreamlanders. The film features interviews with John Waters' sister and parents and clips with Edith Massey, Divine, and others along with Waters himself. I hadn't seen any of this footage before so it was all interesting and entertaining despite clocking in at just over an hour. I think there have been better documentaries, and of course more complete now that DIVINE WATERS is 35 years old, on Waters and Divine but this one is definitely worth a look. 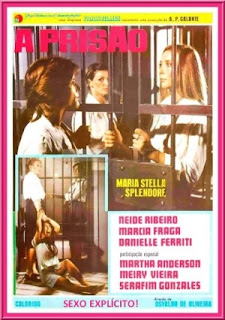 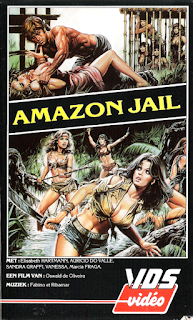 And we close things out with AMAZON JAIL, from Oswaldo de Oliveira, the same director as BARE BEHIND BARS. This film that came two years later is obviously set in the Amazon and features a lot more action outside of the jail setting itself which kept things fresh. There's plenty of skin and sex along with jungle dangers like venomous snakes. The girls are stuck between white slavers and crazy native priests all looking to keep these girls for themselves but the girls fight back in a three way war of sex and survival. Entertaining, and filled with filth AMAZON JAIL was a lot of fun to watch but never reached the level of BARE BEHIND BARS.