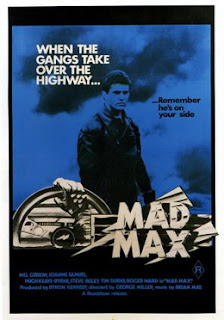 Three days to cover so lets just get down to it - A revisit of the original MAD MAX left me feeling underwhelmed and confused. I apparently remember almost nothing of the original film. Granted, it has been a number of years since I made an effort to actually sit down and watch any of the original trilogy but apparently all of my memories have been formed by The Road Warrior and Beyond Thunderdome. MAD MAX isn't a bad movie but I was expecting to revisit something different, something more in line with its sequels and knockoffs that I have no shame in saying I enjoy quite a bit more on the whole. 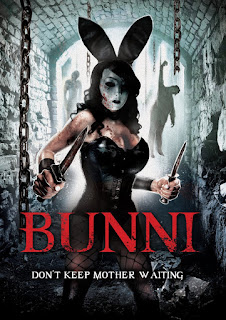 BUNNI was next - a 2013 production recently released on DVD by Wild Eye Productions. This is a slasher film geared for the gore hounds as there are a number of bloody and messy kill sequences. MINOR SPOILER: Castration and feeding the severed cock to it's victim has officially become a theme this month SPOILER OVER. The film is short, and lightning paced once things get rolling. The abandoned building that the majority of the film takes place in is inherently creepy and the effects are pretty well done. The acting isn't offensively bad but the direction and photography is shall we say, uncomfortable. I don't mean that the direction is scary or unsettling, it's not that type of uncomfortable. I mean that there's something in how it was filmed that makes everyone look the slightest bit jittery at all times. Movement just looks off, almost if it was shot at an awkward frame rate that doesn't quite look natural. I can't say exactly what it is and it's difficult to describe without seeing it in motion but it's a major distraction throughout. BUNNI ends up being a passable indie horror flick. 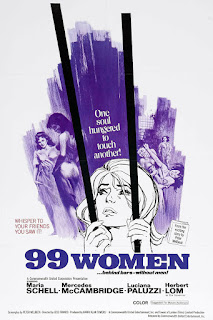 Next up was the first of three Jess Franco directed women in prison films - 99 WOMEN. This is almost a paint by numbers WIP film and it would have been perfectly enjoyable had it been but Jess Franco throws his "Francoisms" as I like to call them, all over the place. "Francoisms" refers to his awkward, and downright shitty directorial techniques like panning the camera side to side until whatever action is off screen or random zooms that often go so far as to turn the picture into a total blur. Hey, I'm okay with zooms on bush and butts as much as the next guy but I don't need to feel like a fucking parasite crawling up in there. 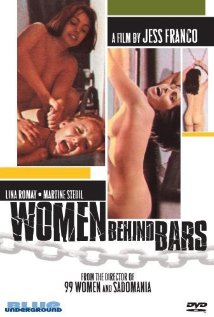 Then we get WOMEN BEHIND BARS - this is pretty much the slightly more enjoyable version of 99 WOMEN in that we get less of Franco's nonsense and more Lina Romay. There's a better plot, though it's messy, about stolen diamonds and undercover agents in the prison. And there's Lina Romay. There's also some shoot outs and it's fun enough. 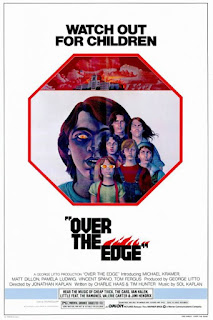 I took a break from Franco for the next film and watched OVER THE EDGE, a 1979 teen rebellion movie dripping with a punk rock attitude. My main thoughts about this movie are how in the blue hell did this movie never get brought to my attention? How have I never heard of it? This is the story of a dream like community that ended up being a hell hole to grow up in with nothing to do but be left to your own devices. Partying, drugs and fights were normal. So was shooting out cops windows on the highway. Parents barely cared and the kids would have their say. I love this movie after a single viewing and know I will frequently revisit it. It's well made top to bottom and gets some great and natural performances out of a group of kids in junior high and high school. It also has a wild finale that isn't to be missed. 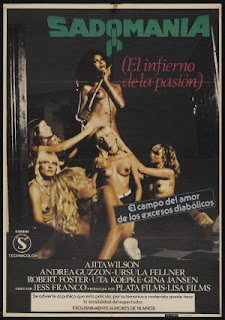 We close things out with Franco's best, or at least most interesting women in prison film that I've seen to date and without a doubt his sleaziest. SADOMANIA lives up to its name in a film where a pair of newlyweds drive into an off limits area of a women's prison and they take the wife prisoner while letting the husband go. The husband now fights for his wife's freedom and tries to break her out of this strict facility ran. That paper thin plot provides an excuse to show everything from topless women performing hard labor, lesbian sex, bestiality, homosexuality with Franco himself, murder, fights to the death, human hunting, and human trafficking of these women with the mention of selling girls as young as twelve. Yeah, this one goes the distance. It's not perfect but I had a blast seeing just how far SADOMANIA would go.