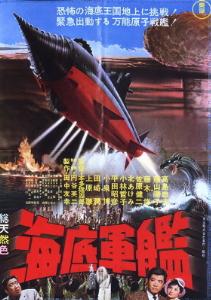 Day 17 had one lone movie but it was a fun one - ATRAGON - the 1963 Kaiju film from director Ishiro Honda. As a fan of giant monster movies from Japan this is one I've long heard about and it didn't disappoint as the people of Earth are forced to develop and use their new flying submarine warship Atragon to battle the underwater Mu people and their giant laser breathing snake monster Manda. The movie is well made and has a solid story and script but is a bit light in the Manda v Atragon department. A bit more action between the two and I think this would have been bumped up to true classic status. 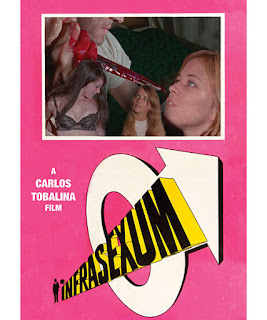 INFRASEXUM was it for day 18 and the new DVD from Vinegar Syndrome will be getting reviewed later today so be on the look out for it... 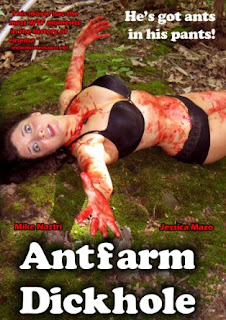 And finally day 19 had a pair of films that probably couldn't have been more different. Bill Zebub's 2011 feature ANTFARM DICKHOLE features exactly that... an antfarm dickhole. Just think about that term for a second- antfarm dickhole. Antfarm. Dickhole. Ant. Farm. Dick. Hole. You get it? Yeah, this movie, among many other things like a giant spider fucking a woman and as many "ant" puns as you can handle (and probably couple dozen more) has a man that has a colony of killer African ants living in his dick that kill people whenever he's sexually stimulated. Have you ever wanted to see a giant ant crawl out of a man's peehole? Here's your chance! The movie is funny and raunchy and stupid and you're either going to appreciate it or think it is repulsive trash. Chances are you'll think it's repulsive trash. I enjoyed it. 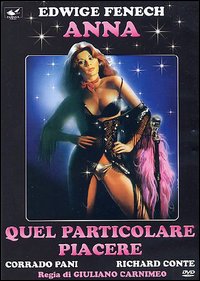 This recap closes with SECRETS OF A CALL GIRL - a Euro Crime turned drama from director Guiliano Carnimeo and co-written by Ernesto Gastaldi. That duo should have made a far better movie than this is. Luckily Edwige Fenech stars and makes thing visually stimulating at all times. The movie starts out good enough as Fenech plays a girl caught up in the middle of the mob and their prostitution ring who wants a way out after giving birth to her son. The movie's timeline doesn't make a ton of sense towards the end as a lot of time is covered all of a sudden without much mention of it. Once the movie turns into more of a drama it falls flat and feels deflated. It's watchable but I hoped for better. Oh and that artwork I used from Wikipedia is fucking atrocious and doesn't do the film any justice or even represent it accurately.