Time to catch up! I apologize for falling behind on coverage here but I'm here now and ready to catch up! 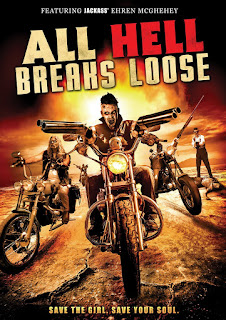 Day 23 started with ALL HELL BREAKS LOOSE a DVD sent to me courtesy of Wild Eye Releasing to view specifically for this challenge. It's a modern exploitation film, filled plenty of things  I like and dislike about modern exploitation films. This demon biker movie is funny without too many "in jokes" or winks and nudges to the audience and has a genuinely sleazy sensibility to it with lots of violence and forced nudity. The special effects are a bit hit and miss but aside from CGI blood splatter I'm okay with them. The acting holds up a decent script so I can get passed the things I don't like such as artificial scratch filters to make it look like an older film ala Grindhouse. It's a trend that annoys the piss out of me but ALL HELL BREAKS LOOSE is good enough that it didn't make that big of a difference. 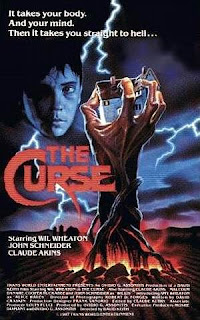 I followed that up with THE CURSE, a 1987 adaptation of HP Lovecraft's The Color Out Of Space. I wasn't aware of the HPL ties until seeing the film so that was a pleasant surprise and the movie ended up being a pretty solid 80s horror style work on the story. It has plenty messy gross out effects work and latex effects makeup. Wil Wheaton stars a young boy who's family is changing into vicious monsters after eating and drinking produce and water that is tainted from a strange alien orb and he's quite good carrying the film. 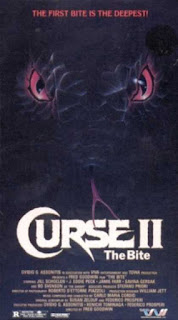 Day 24 started and ended with THE CURSE 2 which has nothing at all to do with the first film. Subtitled THE BITE, this one follows a young couple, including the gorgeous Jill Schoelen, as they're on a road trip and travel through an old bomb testing site that is overridden with snakes. When the boyfriend gets bitten on his hand he slowly transform into a hyper aggressive and violent version of himself and undergoes bizarre physical changes as well. THE CURSE 2 was good, but had it let the major payoff occur earlier in the film and let the snakeman monster run amuck on the town this could have been a true masterpiece of horror cheese. 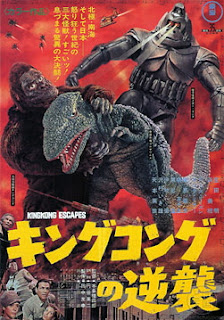 An overdue viewing of KING KONG ESCAPES was next - A well known Kaiju film from Toho that I had never seen. It's King Kong vs MechaKong. Need I say more? We have a giant gorilla fighting the robot version of himself in Japan. A solid script that is deeply rooted in the original King Kong allows the movie to have fun with the giant beast and robot while maintaining an air of seriousness that allows the campy film to still be a pretty good movie. 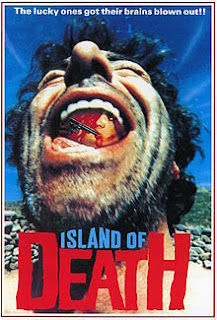 The next night I tossed on ISLAND OF DEATH - A Greek exploitation film from 1976 that found itself on the Video Nasty list a few years later. Director Niko Mastorakis made this film after seeing the financial success of The Texas Chainsaw Massacre as a way to cash in. With no artistic desire to make the film he made it anyways and he certainly made a film filled with deplorable acts and ideas such as rape, goat fucking, murder, racism and homophobia. From an exploitation film standpoint it's entertaining, and competently made for the most part aside from our two main characters essentially being on this Greek island for no other reason than to be bigots and kill people they don't like. ISLAND OF DEATH's biggest problem to me is that any and all likable characters are quickly killed off and the movie is over 100 minutes long which is far too long for a movie with nobody to root for. If this movie was 75-80 minutes long I'd like it more. 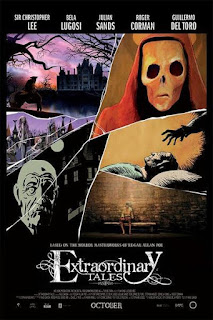 EXTRAORDINARY TALES was the follow up - This animated anthology of E.A. Poe tales was an interesting watch. With voice over work from the likes of Christopher Lee, Bela Lugosi, Roger Corman, Guillermo Del Toro and Julian sands it gave each short, which featured a unique art style, it's own atmosphere. Some segments were better than others, and I don't see myself rushing back to watch the film again as I'd rather sit down and watch the various feature film adaptations of the stories but it was well done and I recommend it for any Poe fans. 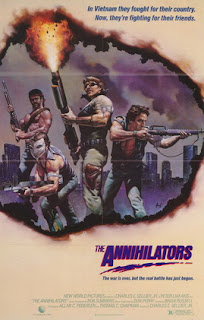 This update comes to a close with a movie I've long seen floating around on VHS but it had never crossed my path until recently - THE ANNIHILATORS. This vigilante film is set in Atlanta where a gang has a section of the city under siege, forcing them to pay unfair "protection and insurance" taxes, and raping and murdering those that don't agree including a man running a mini market who was paralyzed in Vietnam. His squadron reunites to help his father, and his neighbors regain control of their neighborhood in a film filled with shootouts, flame throwers, food carts filled with heroin and a school bus filled with kids in the line of fire. THE ANNIHILATORS isn't the best vigilante style film and the cast isn't amazing but it remains an energetic, action packed exploitation romp of a good time.