THE DEFINITIVE DOCUMENT OF THE DEAD (DVD Review) 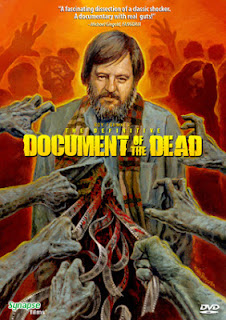 The Film
In 1985 a documentary from Roy Frumkes was released called DOCUMENT OF THE DEAD which chronicled his time spent with director George Romero on the set of his 1978 classic Dawn Of The Dead. The documentary featured interviews with key cast and crew and looked at Romero's films to that point and his work in the commercial field. The film was originally used as a learning tool for budding filmmakers. 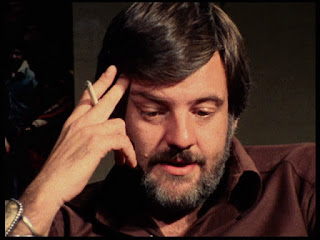 It has been over a quarter decade since the film was originally released and Romero has made several more films and become more of a household name than ever before. Frumkes has visited the set of some of these films and along with compiling other footage from the set, conventions, and various other meetings with the people involved in Romero's films, has made a new cut for THE DEFINITIVE DOCUMENT OF THE DEAD. This cut clocks in at well over 20 minutes longer than any other cut of the film and features footage from Romero's early commercial work up through his latest film Survival of the Dead. His techniques in directing, writing and editing are all mentioned along with how he handles each stage of the filmmaking process. Along with extensive footage with Romero himself, other names interviewed include Tom Savini, Judith O'Dea, Dario Argento, Greg Nicotero, and members of the classic Dead trilogy. 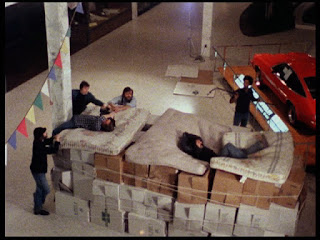 This documentary is an interesting and informative look in to the process of one of horror's greatest directors. Apart from that it is a genuinely entertaining movie. There are quite a few laughs to be had and some cool moments of actors from various movies realizing who each other is after almost 30 years. Some looks into special effects setups and stunt work make it all the more fun.


The Video
Synapse Films delivers this documentary in a very nice looking print with varying aspect ratios. The majority of the film is presented in a natural full frame 1.33:1 ratio but with several cameras used it does change from time to time. The footage from the original film is still in nice shape and while not particularly sharp, it features a very clean transfer. The newer footage naturally looks better and sharper. The new cut of the film wasn't mastered in HD by Frumkes so there is no Blu-ray (only of the original  film) which is a bummer. This DVD does have a very solid video presentation however. 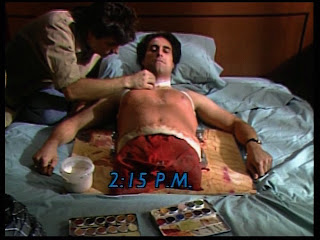 The Audio
A Dolby Digital 2.0 Mono track is the lone audio choice and it is perfectly serviceable. Aside from the opening claymation sequence being a good bit louder than the rest of the film the sound is quite good and mixed pretty well. There are moments throughout where the setting of the filming is obviously going to be louder (a crowded hotel room) than a sit down interview but they are mixed well enough to not create a distraction. Overall the audio is in nice shape and is of very good quality.

The Extras
Roy Frumkes provides further insight into his time spent developing this documentary over 25 years in a brand new commentary track. This is like a 2nd film's worth of information. 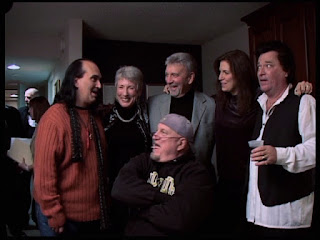 The Bottom Line
THE DEFINITIVE DOCUMENT OF THE DEAD will appeal to any fans of Romero, horror or filmmaking in general. While a much longer cut could dig deeper into various aspects covered, Frumkes' point wasn't to make an exhaustive How-To. This is as fun as it is educational.

THE DEFINITIVE DOCUMENT OF THE DEAD is available HERE
Posted by Celluloid Terror (Seth Poulin) at 8:38 PM