Fairy In A Cage (DVD Review) 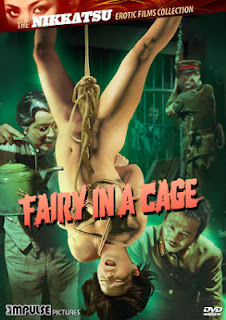 The Film
In World War II Japan Namiji Kikushima is charged with aiding a Kabuki actor in spreading anti-war and anti-government propaganda. The pair are captured and brought to the home of a tyrannical judge who has a pair of Military Policemen in his pocket to help him do as he pleases with any inmates of his homemade jail. The judge submits Mrs. Kikushima to cavity searches, rope bondage and degrading acts such as urinating into a dish while his wife has her way with the Kabuki actor who seems to want to turn this seemingly gay man straight while forcing herself upon him along with her own forms of sexual torment. 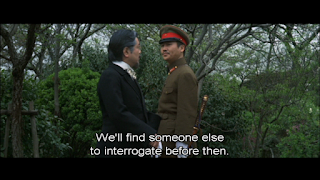 The duo struggles to find a way from their captors until one of the MPs who dreams of a relationship with Kikushima kills another guard and breaks her out leading a manhunt into the wilderness. He takes her to a cabin in the woods to make love with her and try to care for her but is spotted while fetching water and the pair is captured and sentenced to a nasty death.

Director Koyu Ohara should be becoming a familiar name to any fan of the Nikkatsu Roman Porno line as he also directed both True Story Of A Woman In Jail: Sex Hell and True Story Of A Woman In Jail: Continues along with I Like It From Behind!. Ohara's direction that made both entries of the TSOAWIJ series excellent films is fully on display with FAIRY IN A CAGE. The movie moves quick but feature plenty of stylish direction and photography. There is no nonsense or cuteness to FAIRY as there was in ILIFB!. While this film isn't overly caught up in politics it certainly touches on a time, just a few decades earlier, when  a nation was caught up in war and the government and military pushed the boundaries of their authority with little to no consequence. 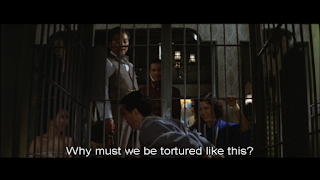 The Video
FAIRY IN A CAGE features an anamorphic widescreen presentation in a 2.35:1 aspect ratio and looks good. The original 35mm negative was used as source material and was obviously in good condition and the crew at Impulse Pictures did a great job of making sure it is clean of any scratches, dirt or debris. Colors are nicely represented with reds of clothing and the greens in the prison really standing out. The film was also released on Blu-ray and judging by this DVD I have no doubt that the BD is Grade-A. 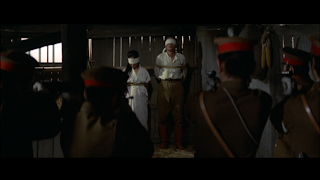 The Audio
While FAIRY IN A CAGE won't give your soundsystem a workout, the Japanese Mono track is more than suitable, with stable levels that make for a comfortable listening experience. Optional English subtitles are included and are timed and translated perfectly. 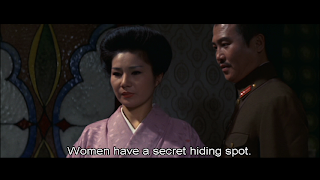 The Extras
Liner notes from Jasper Sharp are the lone extra but include a great deal of interesting information and insight in just a couple of pages.