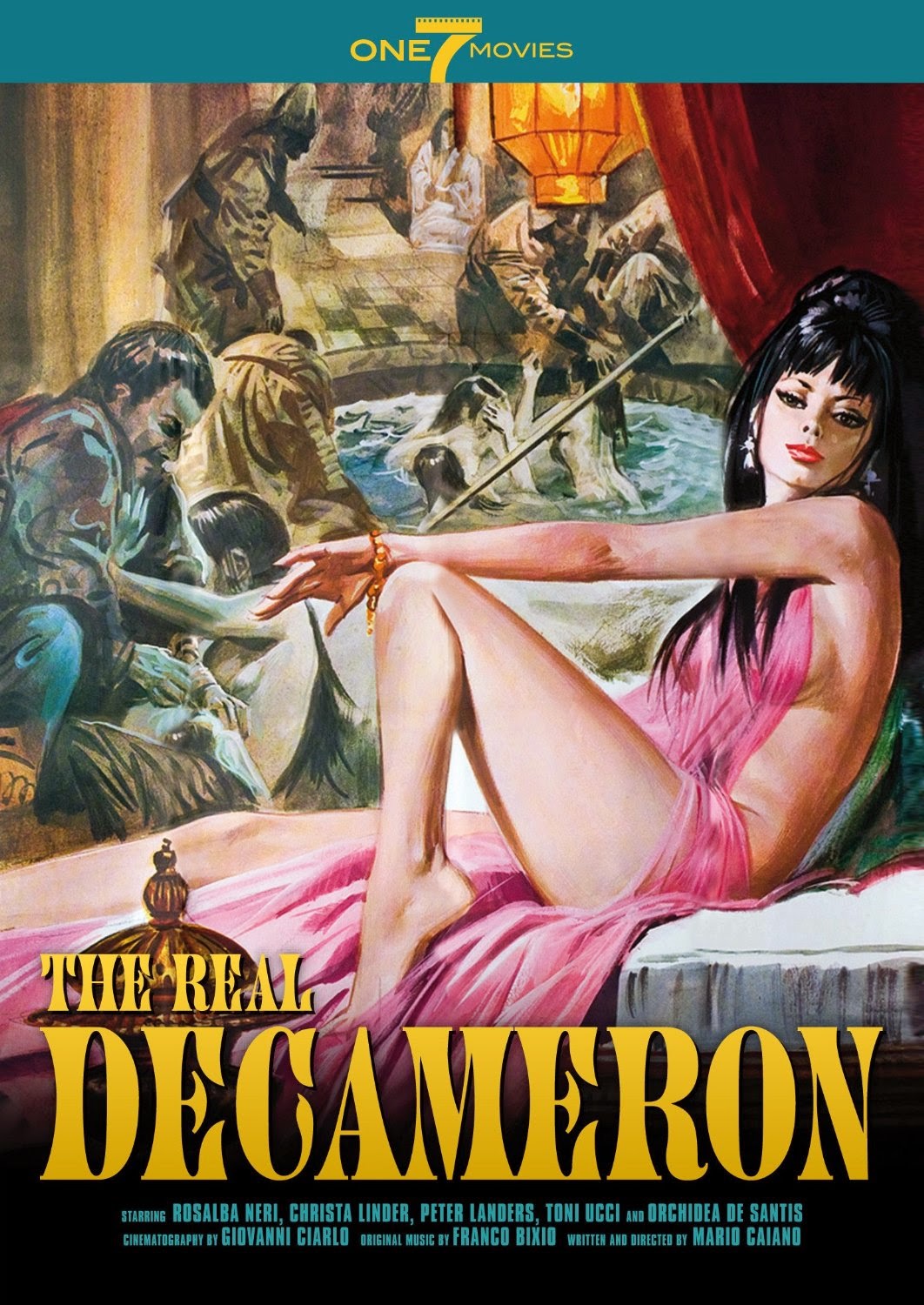 The Film
Sex comedies were a big deal in Italy in the 70s and they were often loosely based on other films as a more sexed up version. THE REAL DECAMERON is an example of that, as it is similarly themed to Pier Paolo Pasolini's Decameron. In this film a group of mischievous and sexually unsatisfied girls, many of them married. They are all looking for some fun even at the objection of the local clergymen or their own husbands. Each girl comes up with a ridiculous plan to get laid by the man she really wants.

THE REAL DECAMERON is an anthology film, as we get each girl's story in sequence, from an almost Rapunzel like girl who's father wants to killer her lover, to another girl faking a haunted house and trying to get the local exorcist to believe it this film has some ridiculous plots and they're all pretty funny. I didn't even mention the girl who was swimming in a lack and loses her virginity to a prawn and has them lay eggs inside of her... Yes, it happens in this film. Most of the girls are attractive and make the film that much more fun to watch if the sex comedy thing wasn't enough for you. THE REAL DECAMERON is worth checking out if you're seeking to find lighter sexploitation fare or are a fan of the sex comedy genre.

The Audio & Video
One 7 Movies debuts THE REAL DECAMERON on DVD with a decent looking and sounding effort. The anamorphic widescreen (1.85:1) transfer looks good throughout with only a couple instances of the picture becoming overly soft or compressed. It manages to handle darker scenes pretty well and though it is a rather drab film when it comes to art direction, colors look decent and skin tones look natural. The Italian mono track sounds good, with minimal background noise. The English subtitles suffer a bit from a few moments of awkward translation and the constant use of a lower case "l" in place of "i" which annoyed me. It isn't much of a big deal however and I'm pleased with the disc overall.

The Bottom Line
Sexploitation and Italian sex comedy film fans will find a lot to enjoy here. It has a genuine sense of humor and a serious sexy side.