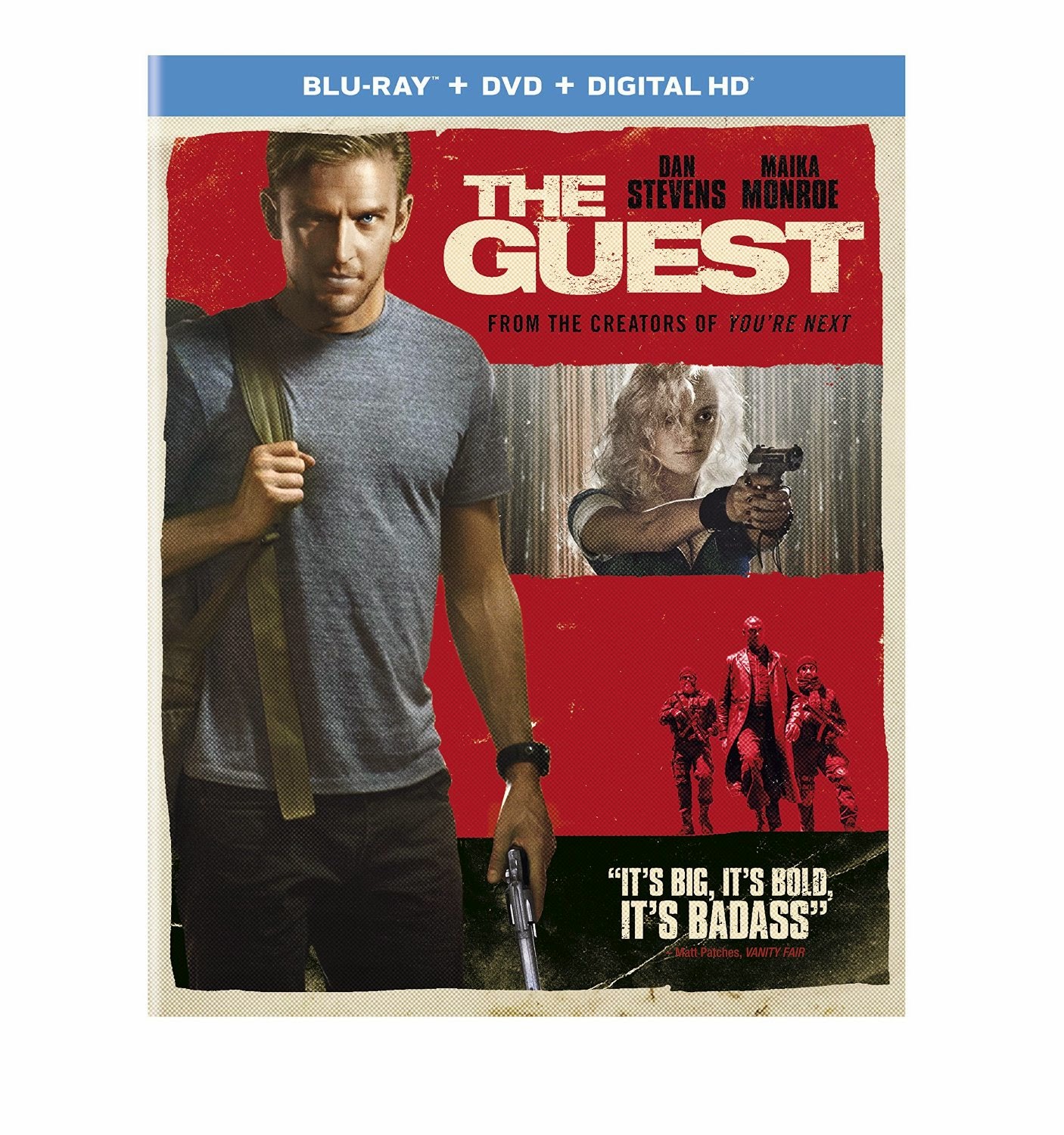 The Film
A family is surprised when a soldier named David Collins (Dan Stevens) arrives on their doorstep with a story of how he promised their son who died in combat that he would check in on his family. Instantly welcoming the handsome and charming young man the family quickly learns to love everything David has to offer until his true nature is revealed and David is a huge threat to anyone that comes in contact with him.

Adam Wingard and Simon Barrett are the duo behind the 2013 horror film You're Next which received huge praise but failed to come anywhere close to the hype as far as I'm concerned. Seeing their name attached to this film did temper my expectations a bit despite seeing universal praise for THE GUEST among people that have my trust in their taste. Adam Wingard and Simon Barrett went from a director/writer duo that made a movie that I didn't understand the priase for to a duo that will now have my interest piqued when I hear their names attached to a project because I know what they're capable of making. 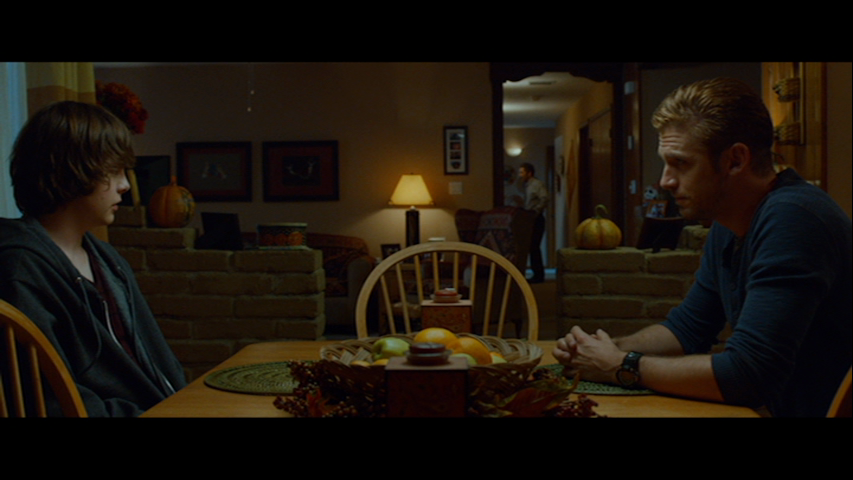 THE GUEST is a tense horror film, driven by strong performances from top to bottom that bring Simon Barrett's script to life. Dan Stevens is perfect in the lead role as he is endlessly likeable despite his obvious underlying menace. Adam Wingard's direction is tight, especially during the finale which takes place in a school gymnasium that is decorated like a haunted house. The score and soundtrack are among my favorite of any movie from the past several years. A pulsing synth driven soundtrack almost acts as its own character at times and is much more than just a mood setter. It manages to get under the viewer's skin and into your mind as you watch the film.

There's also a lot of violence on display as David Collins is every bit the soldier he claimed to be and much more as an entire squad of Military Police are dispatched to bring him in and blood and bullets fly. THE GUEST is not a particularly long movie, clocking in at a rather average 101 minutes but it is a film that builds tension within the viewer with each passing moment and it gets stronger and stronger until it erupts and you see why THE GUEST is one of the best films of 2014.

The Audio & Video
Universal Pictures takes a film that was gorgeously shot and uses that photography to turn out a gorgeous Blu-ray. THE GUEST shines in HD with vibrant colors that almost jump off the screen without popping too much. Skin tones are fleshy and natural with excellent detail in tight shots. Detail remains strong throughout in various surfaces and textures. Black levels are handled skillfully with no compression issues or blocking and they're deep and inky. There's no DNR or edge enhancement. The DTS-HD Master Audio 5. 1 track sounds wonderful. The mix is robust and the excellent score/soundtrack pounds through the speakers almost as a character of its own. The mix between music and dialogue is perfect and overall quality is crystal clear. You really can't ask for a better A/V presentation. 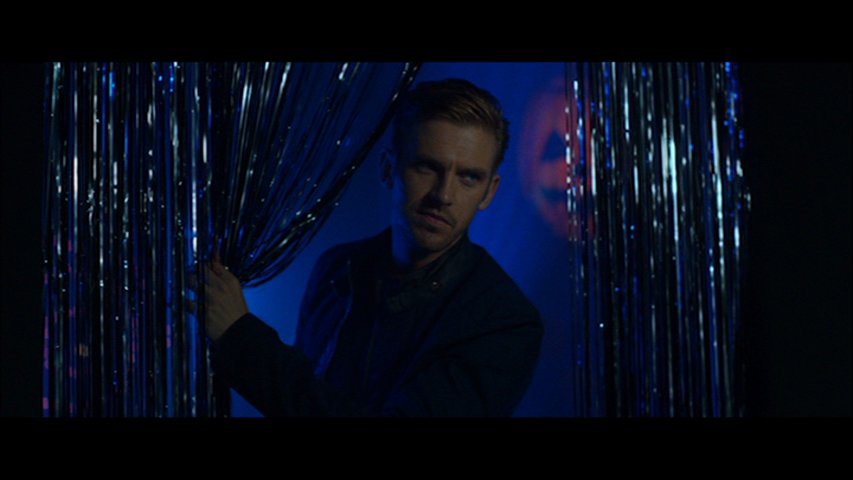 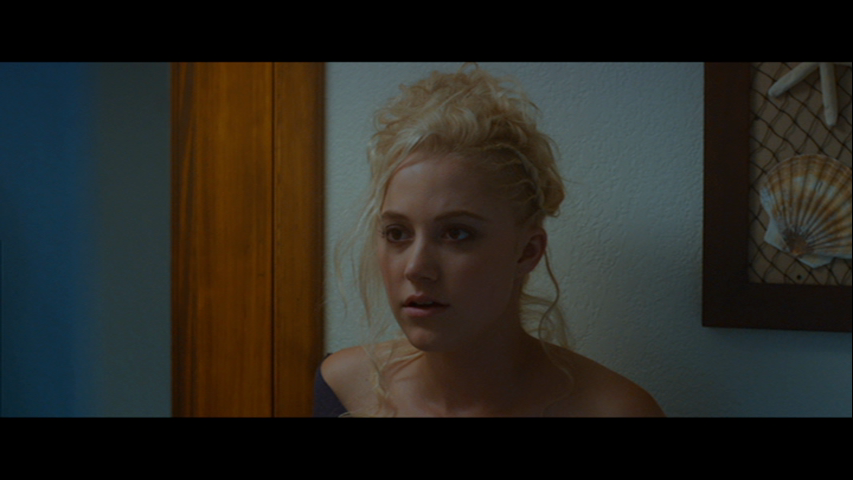 The Bottom Line
Plenty of movies get hyped to the max every year but few are deserving of the praise. THE GUEST is absolutely deserving of all the hype and praise it has received and you absolutely should go pick up the Blu-ray release and see this awesome movie for yourself.

THE GUEST is available HERE
Posted by Celluloid Terror (Seth Poulin) at 5:01 PM

I love this movie. Its just brilliant in my view point. I reviewed it the other day and was just amazed at it.