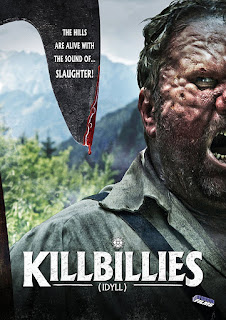 The Film
Zina is contacted by her photographer Blitcz for a photoshoot in the countryside with Mia, an up and coming model who's bubbly and perky personality is quite the opposite of Zina who is taking this final gig for the paycheck. Along with their producer Dragica their photoshoot quickly turns into a nightmare when a family from the hills attacks and kidnaps them which starts the bloody fight for survival while the rural killers plan to use them in their recipe for homemade liquor.

In Slovenia this film was original titled IDILA which translates to IDYLL which I think is a much more attractive title than the budget bin sounding KILLBILLIES. Lucky for us KILLBILLIES rises above its generic retitling and is a fine example of backwoods horror in the tradition of Deliverance and Wrong Turn. KILLBILLIES doesn't try to reinvent the wheel but simply does its best to create a tense, violent and bloody affair in the hills of rural Eastern Europe with a twist in the story that connects it to the urban characters and lifestyle that is increasingly encroaching on more traditional culture. 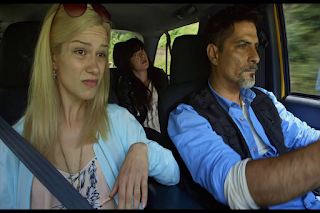 Writer/director Tomaz Gorkic has a natural eye for horror films and knows how to stage all of the scenes from a foot chase through the woods to limbs being lopped off. KILLBILLIES has no shortage of bloody violence and gore. It never shies away from showing the goods and it has little reason to as the special effects are very well done practical effects. Nina Ivansin is a fantastic lead and final girl as she gives a strong performance and plays her character Zina perfectly and is easy to connect with. There's never a moment where I wasn't cheering for her to win, whether that would be an escape or killing her attackers.

The rest of the cast is quite good as well from Nika Rozman as the increasingly stuck up and annoying Mia who is the perfect counterpart to Zina to Sebastian Cavazza as the rude "bratty" photographer Blitcz and rounded out by Lotos Sparovec and Jurji Drevensek who are the two main killers whose deformed faces, perverse actions and downright scary demeanor are all handled perfectly by this duo. They certainly rival the inbred clan of the Wrong Turn series. 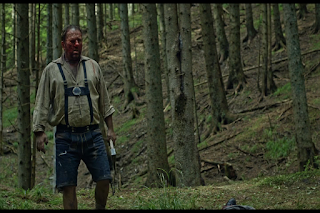 KILLBILLIES is a fast paced, over before you know it ride that will leave your heart pumping. You've seen plenty of similar movies but that won't stop KILLBILLIES from impressing and standing out in your memory as a damn good entry into the backwoods terror style of horror.

The Audio & Video
Artsploitation Films gives KILLBILLIES  a 16x9 anamorphic widescreen transfer that looks very nice. The picture is sharp with bright colors and good detail for a standard definition release. The 5.1 digital surround audio mix handles audio decently. Early on in the film the audio is quiet and specifically the dialogue is a bit lost in the mix. This is remedied after the opening bar scene but if the film didn't have subtitles it'd be difficult to understand. Dialogue is in the film's native Slovenian with optional English subtitles. 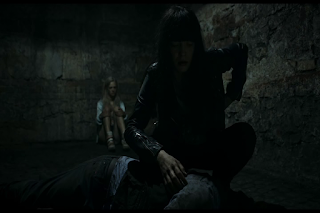 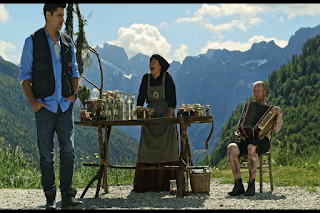 The Bottom Line
KILLBILLIES is a really solid horror movie that is definitely worth your time despite not breaking new ground. I wish the DVD had some behind the scenes featurettes or interviews because I think it'd be interesting to hear about horror culture in Slovenia but the film itself is worth a recommendation.