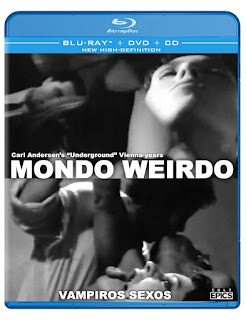 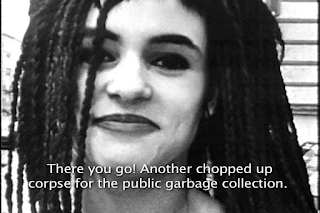 Hardcore sex and graphic violence are commonplace in the grainy and gritty photography that ranges from beautiful (see the three way split screen in MONDO WEIRDO) to inventive with  the play with exposure and washing out the majority of the picture in several scenes in VAMPIROS SEXOS. The films on display here are a visceral experience that leave you replaying scenes in your mind over and over. The soundtrack on both MONDO WEIRDO AND VAMPIROS SEXOS is from a Model D'oo, a band with a post punk, gothic industrial sort of vibe that I was not previously familiar with but their sound is the perfect backdrop to these pictures as it matches the punk attitude and aesthetic that isn't easily defined but I think a rougher version of early David Lynch is a good place to start.

The Audio & Video
Cult Epics gives these Carl Andersen a home they can be appreciated on for the foreseeable future. MONDO WEIRDO has been newly transferred to HD from the original 16mm film for the first time. It definitely shows good detail and sharpness despite the gritty photography but where you can really see the HD treatment is in the depth of the black and white levels. They saturate the screen in ways a standard DVD cannot. The German audio sounds good with sporadic English subtitles used when they're intended and other times without. The sound quality is surprisingly crisp despite expected imperfections for an underground film such as this. 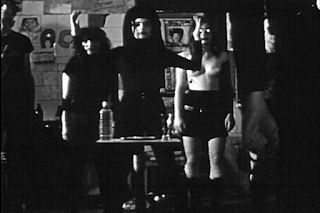 VAMPIROS SEXOS is presented on DVD and looks as I expected it would after viewing MW on Blu-ray in that it is noticeably grainier and rougher looking overall, in part from some damage the elements have incurred over the years but I was pleased to see that there is still good detail present, especially in close ups and a decent sharpness to the photography overall.


The Extras
The main special features include the 1990 short film WHAT'S SO DIRTY ABOUT IT? and a making-of featurette with interview clips for both MONDO WEIRDO and VAMPIROS SEXOS. An introduction to MW by Erwin Leder, the star of Angst is also included and is a heartfelt introduction and farewell to his late friend. This limited edition also includes a CD soundtrack with 4 unreleased bonus tracks from Model D'oo. 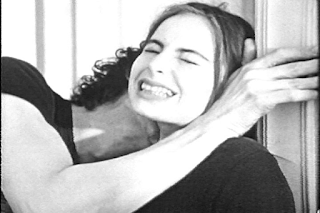 The Bottom Line
These types of films are something you either appreciate or you don't, I find there is usually very little middle ground. If you're the type of movie viewer that can sink their teeth into offbeat and far from typical fare then these Carl Andersen films will be right up your alley and they're a perfect fit for the Cult Epics catalog.