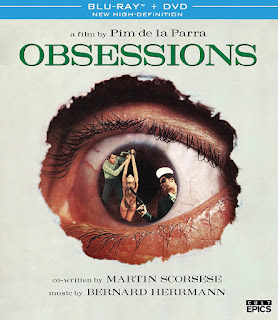 The Film
A medical school student witnesses a gruesome crime while peeping through a hole drilled in the wall to his neighboring apartment. Soon after his journalist girlfriend tells him about a murder that has been reported that sounds very similar to what he witnessed through the hole in the wall and becomes obsessed in finding out exactly what is going on in the apartment next door even if it puts him and his girlfriend in extreme danger.

Pim de la Parra directs OBSESSIONS, the film that truly opened Dutch films to the world for the first time as this film was distributed in over 120 countries. The story lends itself to exploitation filmmaking and it certainly wades in those waters with moments of sleazy sex and violence, commonly after having slipped a pretty woman some drugs. Or there's the scene where the bad guys try to make a key character look like she slit her own wrists while naked in the bathroom. There's more than just pure exploitation here however as the film is reminiscent of Alfred Hitchcock's timeless Rear Window. James Stewart didn't quite see the same kind of dirt that Dieter Geissler's character would in OBSESSIONS but the film takes a lot of cues and influence from Hitchcock as well as the Italian giallo films. OBSESSIONS might be best summed up as a giallo directed by a half interested Hitchcock. I don't mean that as an insult to the film in any way, it's just that Hitchcock was a master of suspense and tension and the level of filmmaking in OBSESSIONS isn't up to par with Hitchcock's best. Few movies are. Its exploitation side fits in well with the murder mysteries from Italy that debuted in the mid 60s and dominated cinemas in the 70s with their mix of sex, violence and bizarre stories. OBSESSIONS certainly fits that bill. 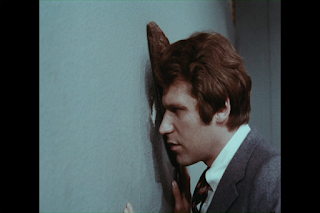 OBSESSIONS is perhaps most known for having been co-written by a young Martin Scorcese and scored brilliantly by Bernard Herrmann. It is historically significant in the landscape of European film and Holland's film industry more specifically. For that reason alone it is worth seeing but there's plenty for exploitation film fans to latch on to in this sporadically stylish but usually completely competent crime thriller that pays off in a classic scene that is as hallucinogenic as it is brutal. 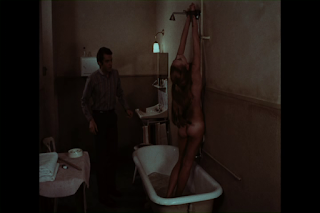 The Audio & Video
Cult Epics gives OBSESSIONS a home on Blu-ray for the first time with a brand new HD transfer taken from the original 35mm film. The 1.33:1 full frame presentation preserves the film's original aspect ratio while the new HD transfer gives way to a rather sharp look but finer detail is lacking a bit. Grain is on the heavy side but looks natural while colors and skin tones are warm and attractive. The 2.0 Dolby Digital mix sounds crisp and clear with no background noise or damage noticeable. The mix allows Bernard Herrmann's excellent score to shine through while not overpowering the dialogue.

NOTE: The screen grabs do not represent the HD presentation on the Blu-ray disc. 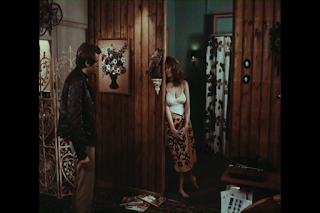 The Extras
A nice selection of extras, many of which are newly produced are included to round out this Blu-ray release. A pair of optional introductions from Pim de le Parra and Dieter Geissler start out the disc and then each of them have given new HD video interviews  as well. A text interview with Martin Scorcese rounds out the interviews. A roughly five minute excerpt from the 2010 documentary "Parradox" is included and focuses on the history of Scorpio Films. This is a well done excerpt and makes me want to seek out the full documentary. Rounding out the special features are Martin Scorcese's original script notes, the original Dutch theatrical trailer and a photo gallery. 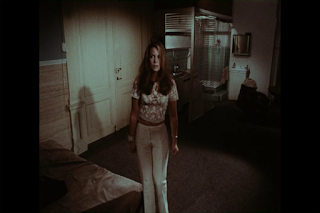 The Bottom Line
OBSESSIONS is a blend of influences from Hitchcock to gialli to exploitation films that preceded it. It doesn't stop at being important to the history of an entire nation's film industry, it is also an early example of Scorcese's writing and Hermann's scoring. Cult Epics has given OBSESSIONS the treatment is deserves and cements its place in cult film history.