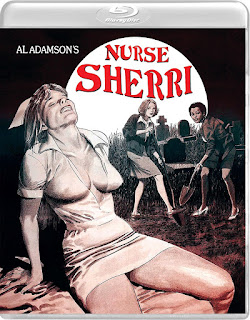 The Film
Al Adamson made his name directing B-movies and is arguably exploitation royalty. NURSE SHERRI doesn't have the catchy title that some of his earlier pictures had like Psycho A-Go-Go or Satan's Sadists but it definitely delivers the goods. Essentially taking two genres and smashing them together for better or worse, NURSE SHERRI takes the sex appeal of the Nurse film tapping in to a common fantasy of being taken care of by a sexy, scantily clad nurse and like a bad car crash hits it head on with the demonic possession horror film.

Jill Jacobson stars as the titular character who has been possessed by a crazed preacher that has died in a surgery he did not want and now plans on revenge against everyone involved through the body of Sherri. The possession occurs when a cheesy green essence creeps under her bedroom door and overcomes her, turning her slowly in to a knife wielding maniac that attempts to attack patients and her coworkers until they try to save her with an old magic ritual. 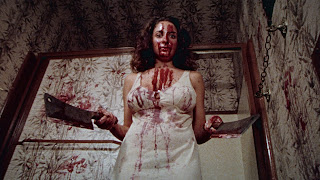 NURSE SHERRI is a film that has a rocky history as it was filmed then went through significant reshoots to add subplots and spice things up, released theatrically but never in a truly complete form until now. It's a wild ride that will have you scratching your head as often as you clap or cheer in approval of the madness. There's a handful of scenes that are actually really well done including a fantastic car chase. More movies need demonic car chases. Al Adamson was not a super stylish director but he got his movies made and usually with competency. NURSE SHERRI has solid perforamnces, especially from the lead nurses Jill Jacobson and Marilyn Joi who is tasked with being much of the sex appeal of the film. She fills that role amply. 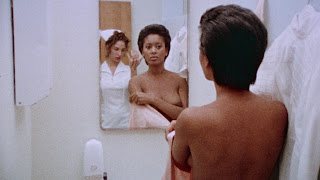 NURSE SHERRI isn't what comes to mind when you think of an artistic film or what you typically would call a "good" film but good lord it is entertaining and ends strong - I dare you to try and get Jill Jacobson's eyes out of your head after you see the meat cleaver scene - They'll haunt you for days with pure insanity.

The Audio & Video
Vinegar Syndrome delivers the Blu-ray debut of NURSE SHERRI in a 1.85:1 anamorphic widescreen transfer that has been taken from a new 2K scan. Before the film is a disclaimer explaining the state of the film elements and it's production that was originally shot in 16mm with re-shoots using 35mm. The 16mm scenes were then blown up to 35mm for theatrical presentation. What this means to the viewer is a fluctuation in picture quality and graininess. The 16mm scenes are a softer and grainier than the 35mm scenes. Overall the picture quality is decent, but there is damage and age related wear and tear that keeps this film from looking pristine. Colors are generally good, with crisp whites and deep blacks. Detail is strong in the better looking scenes but drops off a bit during the softer sequences. A DTS-HDMA Mono Mix handles the English audio which has optional SDH Subtitles available and it sounds good. The mix is loud and clear with no fluctuations in volume and no background noise, or damage such as hissing, popping or crackling. The dialogue and score compliment each other and it is altogether pleasing to the ear. 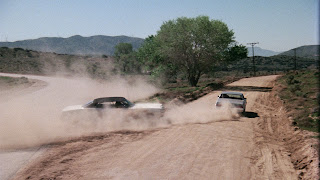 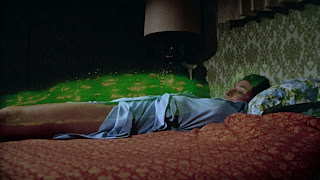 The Bottom Line
Sexy nurses, demonic possession, meat cleavers and pitchforks, and boobs and car chases all add up to exploitation madness. NURSE SHERRI is a mess of a film but an absolute blast to watch.