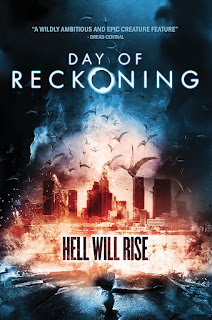 The Film
15 years after the Earth opened up and a nearly endless swarm of demonic monsters spilled from the depths devouring and killing anything in their way for a full day leaving millions dead. Now they're back thanks to a lunar eclipse to ravage the Earth once again.

DAY OF RECKONING debuted on the Syfy channel and that should let you know what you're in for. It's a run of the mill monster movie filled with CGI that rivals movies like Birdemic. These movies have loyal fans that love the low budget Z-grade effects and impossibly silly plots. Most horror and sci-fi fans write these movies off without ever giving them a chance and 99% of the time they're not missing anything. I can't totally say that you'd be missing something special if you did that to DAY OF RECKONING but I found myself totally engaged in the movie and never bored. 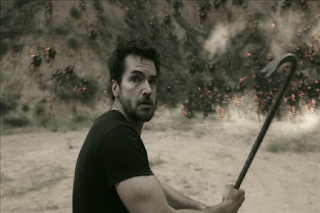 I can't say DAY OF RECKONING is a good movie because I don't like lying to you but I was entertained, at times by the movie itself but more often at how ridiculous these demon creatures were. Great writing and acting are never expected in low budget monster movies like this but the cast is solid with what they're asked to do and the movie even features Barbara Crampton (Re-Animator) but sadly she's gone all too quickly and given nothing to do. Her appearance in the film equates to little more than a name slapped on the box.

There's not much else to say about DAY OF RECKONING most movie fans will pass it over and never give it a chance based solely on the type of movie it is and I understand that. These movies aren't for everyone. I'm not even sure it's for me but hell, for whatever reason I had fun with it I had fun with it.

The Audio & Video
Epic Pictures delivers a good looking anamorphic widescreen transfer. Colors are strong and the image is sharp without any damage or blemishes. There are a handful of audio options including English, Spanish and German 2.0 stereo options. The main option is the English 5.1 surround mix that sounds very good. The levels are stable and the quality is crisp and clear. The movie has solid sound design that is fun to listen to when the action is intense. 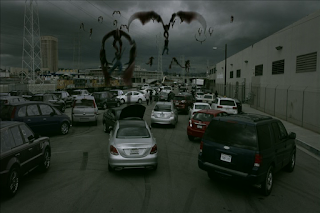 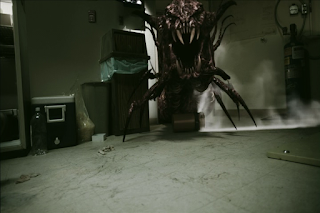 The Bottom Line
If you're a fan of films like Birdemic or Sharknado then give DAY OF RECKONING a chance, it's right up your alley.