By now it's pretty common for our friends at Vinegar Syndrome to release great titles month after month including plenty of countless horror titles but they've never come with this much fire all at once for the horror crowd. And don't worry X-rated film fans, there's something in there for you too! 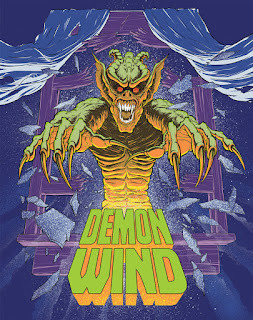 First up, Charles Phillip Moore’s Evil Dead inspired and Fulci-esque DEMON WIND makes its DVD and Blu-ray debut in an all new and extremely colorful 2k restoration, and filled with extra features, plus for a limited edition VinegarSyndrome.com exclusive, we recreated the original lenticular cover!!! 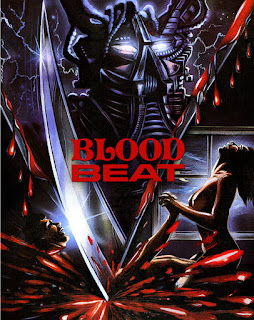 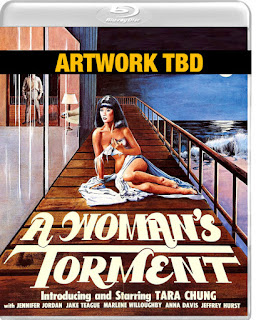 One of the few hardcore features to also qualify as a slasher, Roberta Findlay’s A WOMAN’S TORMENT make its DVD and Blu-ray debut, newly restored from its original negative and features its unseen and extended R rated version! 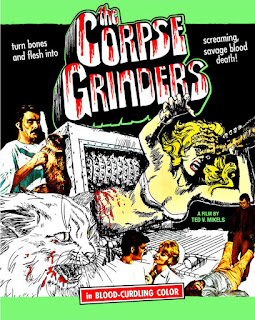 After a lengthy search, Ted Mikels finally located film elements for his 1971 classic, THE CORPSE GRINDERS, and we’re honored to be bringing it to Blu-ray. This special edition includes archival interviews with Ted as well as a new historical commentary with his friend, filmmaker Elijah Drenner. 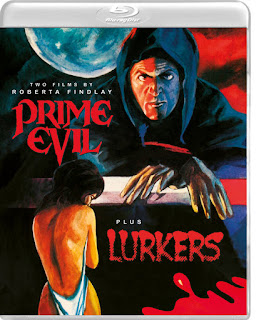 Finally, a double dose of Roberta Findlay’s 80s horror work featuring devil worshiping priests in PRIME EVIL and vengeful ghosts in LURKERS, both of which are making their Blu-ray debuts restored from their original negatives!
Posted by Celluloid Terror (Seth Poulin) at 10:13 PM