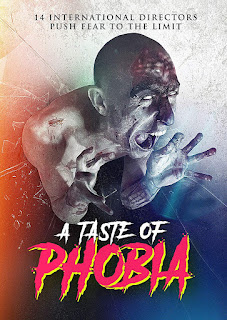 The Film
A TASTE OF PHOBIA is a fourteen part anthology series with each chapter featuring a different filmmaker creating a horror short out of a different fear. Let's take a look at each short...

Chaetophobia: Fear Of Hair - An intense and visceral way to start things off. What better way to deal with hair than remove the source from which it grows? I wouldn't have picked this to start but I liked it very much. 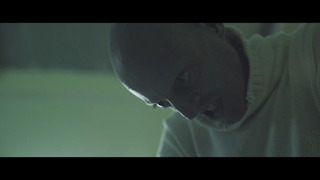 Parthenophobia: Fear Of Virgins - An attempt at surrealism and psychological horror that misses the mark. 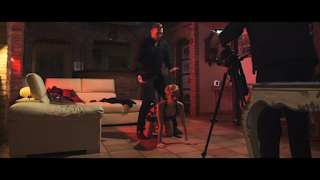 Coprophobia: Fear Of Feces - Watching a grown man wrestle around the bathroom with a shit covered teddy bear is unintentionally hilarious. Otherwise this short relies on the gross out factor of poop and vomit for shocks. I'm sure I won't soon forget it even if it was short of remarkable.

Mysophobia: Fear Of Germs - Simplistic by design but executed very well. I don't think this works in a longer form but for a few minutes it features some intense self inflicted violence by a man who has reached a breaking point.

Mazeophobia: Fear Of Mazes - This has fuck all to do with mazes and everything to do with shitty American racism. It's not very good however.

Astrophobia: Fear Of Stars - This one is a bit of a head trip with a great central performance. I dig it.

Mageirocophobia: Fear Of Cooking - An interesting idea that was let down by bad CGI.

Gerascophobia: Fear Of Ageing - Simplistic but perhaps a glimpse into our future of what people will do to stay young, pretty and relevant.

Politicophobia: Fear Of Politics - I get and appreciate what they're trying to say and do here but my real fear is having to sit through that one again.

Somniphobia: Fear Of Sleep - I like the visuals and use of music. One of my favorite entries. 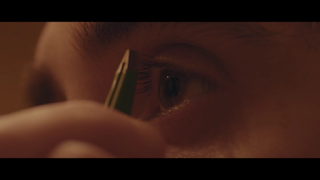 Oneirophobia: Fear Of Dreams - One of the best set ups that really deals with the actual fear of the and not just using the subject matter as a plot device for a horror short. Another good one.

Nyctophobia: Fear Of Dark - Almost everyone can remember being afraid fo the dark so it is very easy to relate with. Incredibly simplistic but relatable and well acted.

Hemophobia: Fear Of Blood - A gory way to wrap things up.

A TASTE OF PHOBIA is very hit and miss, as is the case with many of these collaborative types of anthology films. There was a small string toward the beginning that left me wondering if I was going to enjoy this at all but I think it gets stronger toward the end. I'm a fan of these types of anthology films because they showcase different styles, tones and voices and generally offer something for every taste. I wish more of the shorts made use of their segment to actually showcase the fear they're working with instead of using that as a plot device. Only a few actually deal with the fear of whatever it is they're dealing with otherwise this is a decent horror anthology.

The Audio & Video
Artsploitation Films brings A TASTE OF PHOBIA to home video via DVD and the overall A/V quality is very good. Of course a Blu-ray presentation would be better but the DVD features vibrant colors and good clarity with crisp audio free of any distortions. Each short was independently produced and feature different equipment used so there is some fluctuation in how each looks and sounds but the overall quality of the DVD is good. 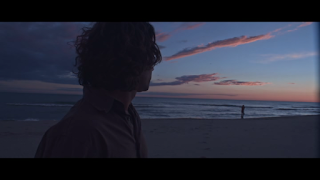 The Extras
-Bonus Short - "Achluophobia" - Another short based on fear of the dark that perhaps best of all of the shorts shows the panic that a phobia can create. I see why this one wasn't in the main feature but it's not bad at all.
-Behind The Scenes of "Pharmacophobia"
-Behind The Scenes of "Somniphobia"
-Interviews
-Special FX of "Mageirocophobia"
-Special FX of "Parthenophobia"
-Trailer 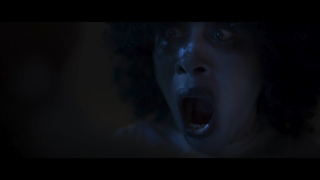 The Bottom Line
With this many different shorts making up a project it is bound to have its ups and downs and A TASTE OF PHOBIA certainly has its highs and lows but overall it is a great concept to work around and features some really well done shorts. Recommended for horror anthology fans!

A TASTE OF PHOBIA is available HERE