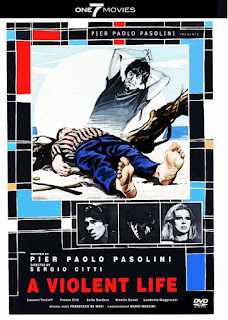 The Film
Bandiera and Rabbino are brothers living in the poor waterside town of Ostia. The brothers make their living by committing petty crimes for food and money. The brothers drink away their problems and don't deal with their lifelong struggles with religion put on them by their abusive father. They discover a runaway girl sleeping in a field one day and bring her home and a bond quickly forms between the three until a stint in jail for the brothers separates them from the girl and their relationship takes a violent turn once they're reunited.

Off the bat A VIOLENT LIFE is uneven in several ways, most of all in tone. A drama about relationships of all sorts, the film is heavily plagued with bits of out of place comedy and upbeat music. The film's flow is choppy feeling more like episodes of the trio's life. There are some powerful moments including a flashback to when the Badiera (Laurent Terzieff) and Rabbino (Franco Citti) were young boys and their father kills their beloved goat and the whole family has a hearty laugh at their expense, even making fun of their tears. This event leads to a powerful shift in the brothers that sets them on their life's path. 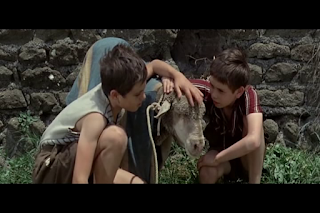 While the movie isn't perfect it does give an interesting and poignant view into the mind of Pier Paolo Pasolini (Salo: The 120 Days Of Sodom). His views on relationships, religion (particularly the Catholic church), government and more are easily apparent without being preachy or egotistical. That is what makes A VIOLENT LIFE worth watching.

The Audio & Video
One 7 Movies delivers A VIOLENT LIFE on DVD with an anamorphic widescreen 2.35:1 aspect ratio. The picture looks decent and is perfectly watchable but detail isn't amazing and the film's overall look is bland. This style does fit the setting of the movie however so it works in that regard. The audio is in the film's native Italian with a mono mix that is clear and free of any background noise. It's not a dynamic mix but it gets the job done nicely. There are optional English subtitles which are easy enough to follow along with and read well despite a few spelling or grammatical errors sprinkled throughout. The main issue with the subtitles is that whenever there is a break in dialogue the subtitles of the last words spoken remain on the screen until there is another line of dialogue. Breaks in dialogue can last several minutes so it is a bit annoying even if it isn't totally distracting. 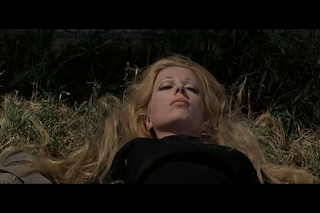 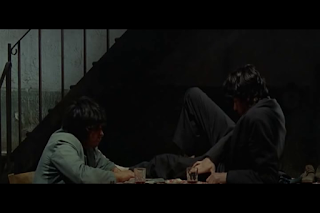 The Bottom Line
The film is flawed but it has some merits to it. Most of all it is an interesting piece of Pasolini's filmography and worth watching to experience more from the controversial artist.