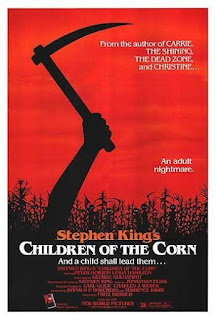 This has been a long time coming, an idea that I've wanted to do on Celluloid Terror for the last couple of years and I've finally gotten around to doing it. I've long neglected the CHILDREN OF THE CORN franchise having only seen the original and the Syfy channel remake. I grew up with the original and loved it for a long time but a couple of years ago a downward trend began with it where each subsequent viewing left me feeling a little less favorable towards it than the last. I could have reviewed the first film in the series without giving it another watch but I decided to pop it in, dreading that I'd like it even less than the last time because at this point I don't think I would have even called myself a fan of the movie. 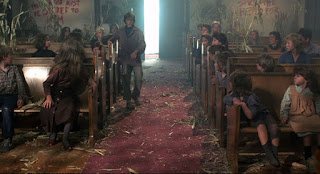 1984 brought us the first film adaptation of Stephen King's novel Children Of The Corn. The film of the same name was directed by Fritz Kiersch who is best known for directing this film. The film centers around the town of Gaitlin, Nebraska where child preacher Isaac has gathered the children of the town to commit mass murder of the adults- anyone over 19 years of age. Burt (Peter Horton) and Vicky (Linda Hamilton) end up in the town and happen a couple of kids who are innocent from the evil and try to protect them while they're being hunted by Isaac and his numerous blade wielding kids. 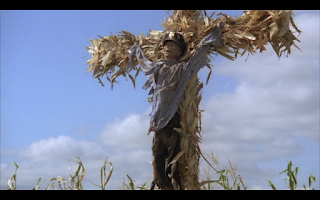 As of now the film is over 30 years old and has quite a bit of visual effects that are dated. In fact the effects have been dated for a long time. I think the film has an inherent creepiness with all of the religiously brainwashed children who don't think or care about the consequences of their actions. The film features a strong supernatural element that adds to the terror our protagonists are facing until they realize they must destroy the corn field that these children apparently worship. The film is flawed and the fact that it only gets more dated as time goes by didn't help but I have finally put that behind me and accepted the film for what it is and I think I'm finally at a good place with it. The plot is interesting, our leads are more than capable of carrying the film as the rest of the cast is quite young throughout the majority and has a pair of characters that have become mini icons in the horror genre with Isaac and Malechi (along with his yell of "Outlander!"). I have a feeling that the rest of the series won't reach the quality of film making that this first film has. 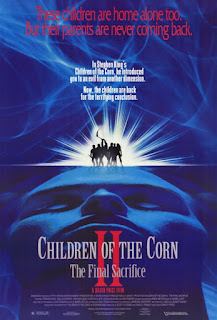 CHILDREN OF THE CORN 2: THE FINAL SACRIFICE picks up in the aftermath of the Gaitlin murders where the now orphaned children are sent to various homes around the area. John Garrett travels to Gaitlin with his son Danny to cover the story for the tabloid magazine he writes for and they end up staying at a bed and breakfast that has taken in a boy named Micah who is a distant loner and becomes the new preacher for these freaky kids after he's sucked into an alternate dimension and comes back evil and ready to lead the children to murder again. 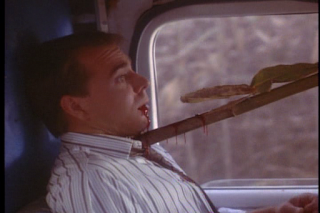 The thing that immediately jumps out at me is why aren't these kids in police custody or the state's custody in some sort of medical facility? They ran amok, started a cult and murdered their parents and they just get sent to live in foster homes? Who thought that was okay? That's just one of the absurdities of this film. Have we ever had a sequel use "final" in the title so early as COTC did? I mean part 2 and we're already calling it "final"? We're smarter than that! 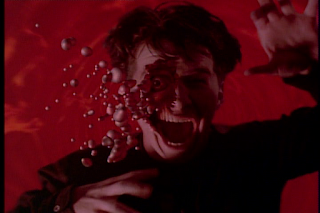 The brilliance here is in how fucking cheesy this movie is. From the kill sequences that include flying stalks of corn, to houses being dropped on an old lady ala The Wicked Witch Of The West and razor sharp corn stalk leaves just to name a few to the ridiculous Native American and moldy corn conspiracy subplots that go nowhere and the budding romance of a couple high school kids who almost get it on in a pile of dismembered bodies. And I haven't even touched on the alternate evil corn dimension.. Yeah, that's a thing and it's stupid and bizarre.

Can I repeat myself by asking why in the blue hell these kids aren't locked away somewhere!? 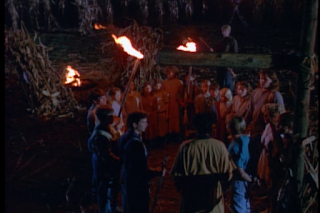 Micah is a piss poor replacement for Isaac and they don't even try to replace Malechi. The editing is atrocious and leaves several scenes making absolutely no sense. Almost all technical aspects of this movie are poorly done but it's so cheesy that I can't help but be entertained by it.