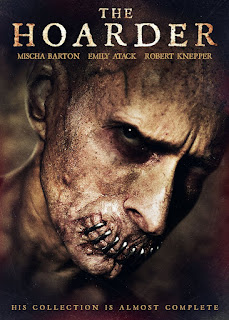 The Film
Ella (Mischa Barton) suspects her fiance of cheating and keeping secrets from her so she and her friend sneak off to break into his storage unit on the sketchy outskirts of the city. After breaking into the unit Ella and several other people are thrown into a stalk and slash fight for survival when they find that a psychopath has started his own collection of victims that he keeps in his storage unit.

THE HOARDER comes out at a time when there have been several similarly themed films released on video and in theaters and will fit in nicely among the rest. Director Matt Winn does a fantastic job making the storage unit set look and feel much bigger and more disorienting than anything they could actually build on a manageable budget. The set design is also great, especially the old, nearly abandoned basement floor which has a damp, dusty look that you can almost smell the old musty mildew odor emanating from the old building. 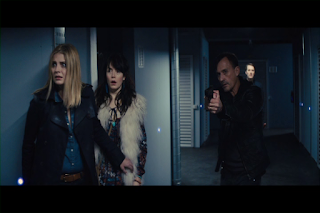 The script is solid, with a handful of different characters each with their own story inside the walls of their units that will come to light during the night that they're forced to fight for their lives. It keeps things interesting with each character and nobody is simply fodder for the cannon of the psycho killer. There are some twists and turns in the story but most of them aren't unpredictable or unexpected, they could be described as a gentle curve more than a strong twist.

The film may not be unpredictable or anything altogether new, it is a solid horror film but unfortunately the cover art gives away one of the film's big jolts.

The Audio & Video
Image Entertainment releases THE HOARDER on DVD with an attractive standard definition release. The 2.40:1 anamorphic widescreen transfer has pretty good detail levels and black levels with little to no issues with blocking. The picture is sharp enough, with probably only a Blu-ray looking any better. The English audio is handled with a Dolby Digital 5.1 surround sound track sounds strong with no distortion or damage and no background noise. The overall quality is crisp and clear and I have no complaints. 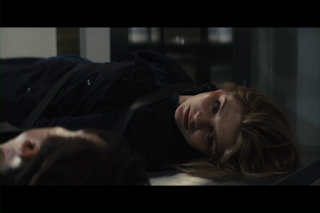 The Extras
-The Making Of THE HOARDER 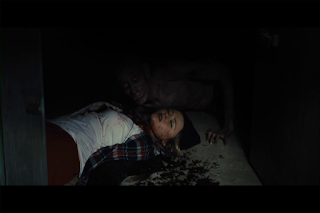 The Bottom Line
THE HOARDER probably won't become a giant hit or a surprise classic. It is a decent straight forward piece of direct to video horror.

THE HOARDER is available HERE
Posted by Celluloid Terror (Seth Poulin) at 2:51 PM