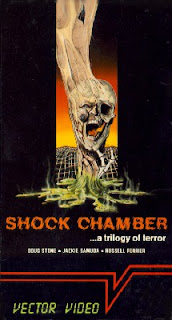 Do you want a safe, do-nothing, go-nowhere, piece of shit anthology? If so this is for you. The first story takes entirely too long to wrap up, the second is the only half decent thing about it and by part 3 I was tuned out. Apparently it was made for TV which would help explain why it is so void of anything even mildly exciting but that couldn't be the entire reason. 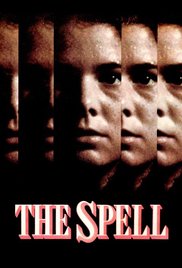 THE SPELL was also made for TV in 1977 and this Carrie-esq movie (I didn't plan on watching this many Carrie ripoffs in such a short span) manages a few excitingly memorable moments of death but otherwise is a quite a melodramatic family drama based in a bit of black magic. And I dug it. Rita's family and schoolmates give her shit for being fat which she's not, maybe chubby or husky but certainly not huge, and keeping to herself and her needlepoint projects. They make all sorts of shitty off handed comments and then those turn into deliberately awful and loveless remarks. Her bratty younger sister played by a young Helen Hunt is a daddy's girl and gets her way in that regard but her mother is a bit more down the middle or at least tries to be. For my money it's nice to see at least some support for Rita but it's pretty empty and shallow when she's also trying to tow the line with her father. This slow burn build tension until a few people involved with the family fall sick or die and eventually Rita's family decides to send her to England but Rita has other plans. THE SPELL isn't terribly exciting but it has good performances, a central character you can really empathize with and one very memorable death scene. I think the finale was fun even if my hopes for the outcome didn't get realized I think this one is an above average ripoff. 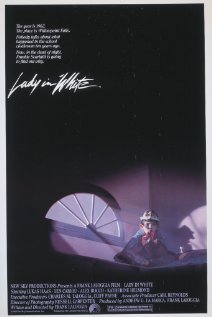 Do you ever watch a movie that gives off a feeling that movies of today just don't give off anymore? That's what happened to me with LADY IN WHITE. It gave me this warm feeling of nostalgia even though I'd never seen the movie before. It made me feel like this movie was going to be an old friend, something I was strangely familiar with even though I had never even watched a trailer. From the opening credits sequence riding bikes through a small town main street as store owners prepare their storefronts for Halloween I knew I was going to like this. And I did. The horror elements are fleeting here showing up sporadically across the two hour runtime but they play an integral part of the plot. The film deals with a child murderer, ghosts, the afterlife and the potential loneliness of death, race relations in the 50s and 60s, family dynamics and coming of age maybe a bit too soon. It features effects that were dated even for its time in 1988 but I like to think director Frank LaLoggia made a style choice with those because it added to that familiar, warm feeling the whole thing gave me. That does sound a bit weird saying about a movie that centers around a movie that deals with a serial killer who focuses on children but if you've seen the film and appreciate it you'll know what I mean.
Posted by Celluloid Terror (Seth Poulin) at 9:31 AM