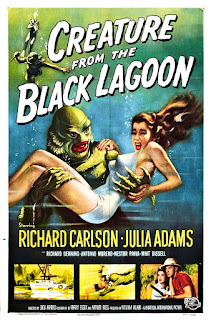 I've had the urge to watch CREATURE FROM THE BLACK LAGOON for a few weeks since I met Ricou Browning who played the Gill Man in all of the underwater scenes. Jack Arnold's signature creature feature remains a favorite of mine with a cast that turns in good performances, some excellent cinematography and a lush, exotic location the film is a joy to watch. The Gill Man is also one of the most violent and dangerous of the Universal Monsters. He can damn near sink a boat and he can absolutely dispatch of everyone on board with his clawed, webbed hands. To put it simply, if you've never seen this one then what the hell are you doing with your life? 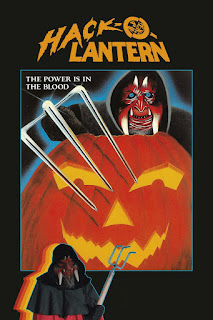 After years of seeing the VHS cover and loving the title (come on, this title is fucking awesome) I finally got to see HACK-O-LANTERN and found it to be an enjoyable piece of campy Satanic horror plucked straight from the heart of the 80s. The characters are caricatures of regular people which makes it all the more silly but I was hoping for something better. I was hoping for more of a heavy metal horror movie but we only get one real scene of that and it does happen to be one of the best scenes in the movie. The world needs more heavy metal horror. HACK-O-LANTERN is decent but now that it has been plucked from VHS obscurity I think it will soon be a title that loses it's notoriety of being a rare VHS only movie and becomes destined to be just another title on movie collector's shelves. 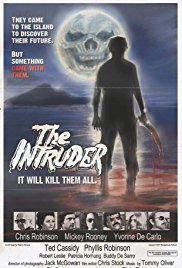 THE INTRUDER from 1975 is a proto slasher that was lost for years until Garagehouse Pictures rescued it and put it on Blu-ray a few shorts months ago. I'm glad it was found and released but there's nothing special about it. It's a tedious affair with melodramatic moments that seem to stretch on and on. I wouldn't call it awful, that'd be unfair but I didn't have a good time watching it and I'd be hard pressed to even tell you what it was about. Something about gold. 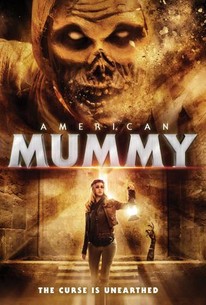 There are instances where you build up an idea in your head of what a movie is going to be like based on the title and you're wrong. Then there's times the title describes exactly what a movie should be about and when it doesn't deliver on that you're left puzzled. That was sort of like watching AMERICAN MUMMY. This is a very low budget movie that was released right around the same time as the new Mummy film starring Tom Cruise (which fucking honks) and the artwork has a similar feel to the ad campaign used on that huge budget picture from Universal. This is a case of Asylum syndrome... but it's understandable - Anything to get an audience for your film. I actually had a bit of fun with this one but when some students on an Archaelogical dig in New Mexico find a Aztec (or Incan? Or Mayan?... It doesn't really matter) mummy and one of the stranger students performs a blood ritual that involves dry humping the sarcophagus and a bloody make out session and ancient curse is unleashed that you would think would reanimate the mummy but no... instead various students start puking up green slime and turning into crazed zombie-like creatures. I wanted a mummy. I deserved a mummy. I had fun watching blood and guts get tossed around and the doctor from Eastern Europe giving his most stereotypical Russian stereotype impression but I wanted a goddamn mummy. They even went through the trouble of creating a colorful and creative burial mask for the mummy that I would have loved to see shambling around the campsite picking off college students and vodka drinking stereotypes. It was nothing special but it was much more entertaining than I expected and I'd watch it a hundred more times before revisiting that pile of shit starring Tom Cruise.
Posted by Celluloid Terror (Seth Poulin) at 10:53 AM

I love Creature from the Black Lagoon. Great monster movie. The others, well, can't all be great. I have been watching some long un-seen horror flicks and so far I have not been impressed.