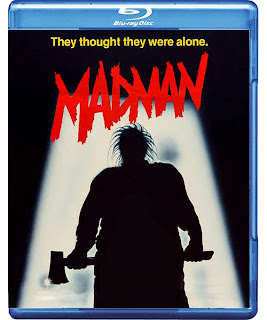 The Film
Beware Madman Marz, a farmer who went nuts and murdered his family with an axe one night. When the townspeople found out what he did they hanged him only to find him and the bodies of his family missing the next morning. The legend now says that if you say his name above a whisper in the woods near his house that he'll kill everyone there. Of course a group of camp counselors have a little too much fun telling this legend in the woods near the legendary house and pay for it, big time.

MADMAN is a prototypical 80s slasher that was shot in the later part of 1980 and released around the beginning of 1982. It does well what any good slasher should- It has a memorable killer in the form of Madman Marz, who looks like a bloated, sasquatch/Neanderthal mishmash in overalls who wields a big axe, brutal killings that are quite bloody and some sort of audible hook. While Friday The 13th has the "kill kill kill ma ma ma", and Halloween has John Carpenter's timeless theme, MADMAN has a fully electronic score that creeps along with the seemingly endless night and is topped off by a wonderfully folky and catchy theme song that warns of Madman Marz. I was still excited as the end credits rolled just listening to the song warning me of the terrors I had just seen unfold. 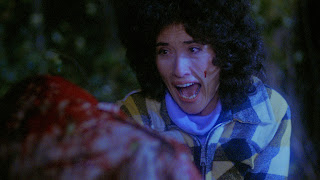 MADMAN takes place entirely at night and manages to get some really quality cinematography with some well done lighting. The atmosphere is thick throughout the exterior scenes of the film. The true treasure of the film is Marz' home. This kitschy, down home country house is a cross between country bumpkin and a crypt as some of the rooms are down right creepy. And make sure you stay out of that basement!

The weakness in MADMAN is in its characters for me. Aside from Marz and the old man in charge of the camp who disappears for most of the movie, the counselors are all pretty bland. Yes, I'm aware this is a slasher movie we're talking about where the point of the teens is to get high, fuck and die but in almost every good slasher I can think of at least one of the kids is memorable for one reason or another. Unfortunately, while all of the performances are solid, the characters sort of blend in to one another. My other complaint with the film is how many kills happen off screen, or at least the "money shot" happens with a cut. This is a bit more minor of a complaint as the kills by Marz are still nasty in their nature without being as graphic and in your face as they could be. 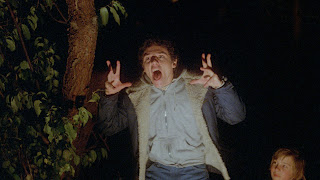 MADMAN might not be an elite level slasher film for one reason or another, but it does have some of the ingredients that make up those top tier films. It has always surprised me that MADMAN never spawned a sequel in a decade where damn near everything had at least one sequel and many turned into franchises that bled the cow dry. For a movie I don't necessarily love I have found myself wanting to re-watch this disc quite a bit since popping it in a few days ago when I received it. That definitely speaks to how entertaining this early 80s bodycount film can be.

The Audio & Video
Vinegar Syndrome gives MADMAN its HD debut with a gorgeous 1.85:1 anamorphic widescreen transfer. The film was shot entirely at night and this disc handles those endless black levels with ease. The black levels are deep and inky with no signs of blocking or compression issues which could have single handedly ruined this transfer had less capable hands taken care of it. The picture is very clean with little to no speckling and only a couple instances of scratches in the original negative. Skin tones look healthy and natural while textures and surfaces have very strong detail. This transfer maintains the film's original blue tint that is a big part of the look to the movie but doesn't go overboard with it, making sure that it only adds to the look and feel of the film when it is meant to.

The DTS-HD English audio track sounds crisp and crystal clear. The mix job keeps the dialogue and score in line with each other as they are complimentary and don't overpower each other at any point. There's no crackling, popping or audio drop outs at any point. The audio is pretty much damage and distraction free and ends up being as fantastic as the PQ is. 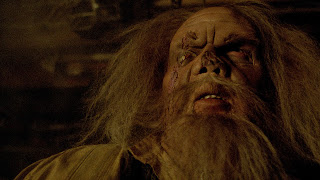 The Extras
The plentiful bounty of extras include:

-"The Legend Lives: 30 Years Of MADMAN" 90+ minute documentary featuring many cast members and filming locations. - All movies should have at least one special feature that is this damn good!
-MADMAN Alive At 35 featurette - A reunion of producers and actors as they fondly remember their time spent filming the movie
-Audio commentary with cast and crew
-Audio commentary with The Hysteria Continues!
-New interviews with Paul Ehlers, Gary Sales and Jimmy Steele
-Music inspired by MADMAN
-In Memoriam featurette remembering those we've lost since the film was made
-TV Spots
-Theatrical Trailer
-Reversible artwork done by Madman Marz himself, Paul Ehlers!
-DVD Copy of the film 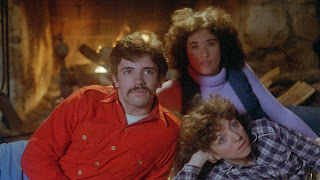 The Bottom Line
Vinegar Syndrome is making a case for the best slasher Blu-ray release of the year with this one.