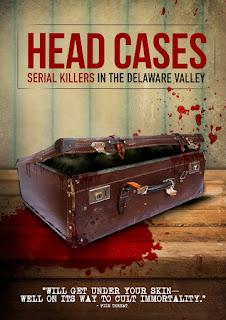 The Film
Between 1979 and 2007 Wayne Montgomery committed 41 murders, making sure to document each and every one. Now his legacy is being carried on by proteges and copycats who are just as nasty as their inspiration.

HEAD CASES is a raw horror film. The production is a pseudo documentary focusing on some of the most brutal serial killers the nation has seen. The script is competent without being anything super original, it handles the subject matter with enough skill that we don't ever really question it. The direction is perhaps the strongest point for the film, which gives the film a natural rawness that is hard to create. There are scenes in this movie that make you feel like you're watching an actual killing. 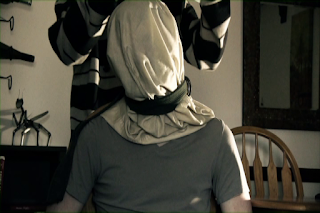 That rawness can be lost at times with some poor acting. Former 80s scream queen Brinke Stevens is probably the biggest offender of the bad acting and unfortunately she plays a rather large role in the film. Eventually you get used to it and are able to get beyond it and it doesn't drag the film down too much.

HEAD CASES manages to overcome its shortcomings in some acting and running too long to be a successful piece of serial killer horror that manages to be truly disturbing at times and offer what I feel can be looked at as an honest look into what a fucked up mind can do.

The Audio & Video
The DVD from Wild Eye Releasing has a nice anamorphic widescreen transfer. The more recent footage has good clarity and definition while the footage that is meant to be older has a genuine aged look to the older low end camcorder footage but the DVD keeps things very much watchable. Audio is handled with a stereo track which is clear and crisp with no hissing, popping or other noise. 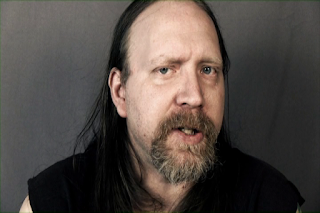 The Bottom Line
Is this film perfect? No. Does it succeed at what it set out to do? Yes. Recommended.

HEAD CASES: SERIAL KILLERS OF THE DELAWARE VALLEY is available HERE
Posted by Celluloid Terror (Seth Poulin) at 11:31 AM