Sometimes I think it's strange how as people we can grow emotionally attached to people that we've never been in the same room with let alone know on any sort of personal level, but we can and we do. With a full lifetime worth of acting credits in truly beautiful, action packed and fan favorite films, Christopher Lee has been an on-screen friend for all of us. 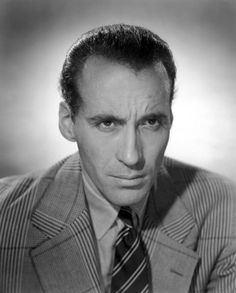 I can't definitively say where my first experience with Christopher Lee was. I can say that he's been with me for far more than half of my 28 years as I was familiar with him already when he was in cast as Saruman in Lord Of The Rings in 2001. Perhaps and most probable would be one of his classic roles as Dracula for various Hammer productions. It was in those roles, among others for Hammer as Rasputin The Mad Monk, The Mummy, Sherlock Holmes and Frankenstein's monster, that Lee became a well known name. It was that role of the bloodsucking vampire that he really shined alongside his onscreen adversary and real life friend Peter Cushing. There was never and there will not be a better or more perfect Dracula than Christopher Lee.

Lee and Cushing would appear in dozens upon dozens of films together from the 1950s through the 1980s before Peter Cushing would retire from acting and pass away several years later in 1994. They created fantastic works of horror, mystery and science fiction together and when you add in that Vincent Price eventually became a frequent collaborator as well there was perhaps no finer trio of onscreen talent in the history of film. And perhaps there was no finer trio of friends. 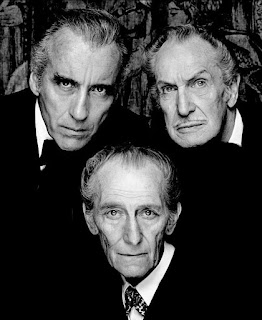 While Christopher Lee never struggled to find acting roles (just take a look at his impressive IMDB) he experienced a bit of 2nd fame at the turn of the century when he was cast in Lord Of The Rings in 2001 and then in Star Wars: Attack Of The Clones in 2002. Fans of genre film were once again reminded of the talent and intangible presence that Lee has on screen. Lee's popularity soared to new heights and now, Lee enjoyed a sort of rebirth that few people in show business are able to experience at the tail end of their career, especially one that makes them more mainstream than ever before.

If there was anyone that deserved the recognition it was Christopher Lee. He gave his all to every role he took on and there was damn near 300 of them. He lived life with an elegance that followed him on to the silver screen and was something that cannot be faked.  There's a reason he was knighted by Prince Charles in 2009 for "Services to drama and charity". 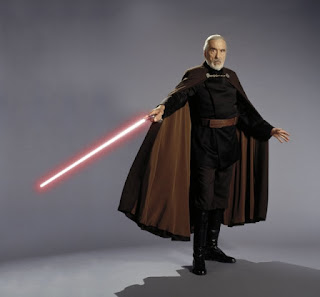 Few people could say they worked with Mario Bava, Terence Fisher, Peter Jackson, George Lucas, Alejandro Jodorowsky Jess Franco, Tim Burton and Martin Scorsese, among many other talented filmmakers. There's a reason for that. There simply aren't many people worthy of working with such a diverse group.

Sadly, all good things come to an end. And everyone's time on Earth will eventually do the same. For those of us still here, we are fortunate enough that Christopher Lee left us his legacy to enjoy and remember. And remember we shall because who could possibly forget?

It is with tears in my eyes that I respectfully say thank you, Christopher Lee. And goodbye. 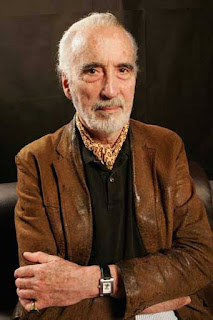