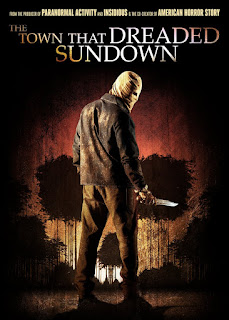 The Film
65 years after the town of Texarkana was terrorized by hooded killer the town once again falls victim to "The Phantom". Jami barely escapes an encounter with The Phantom and becomes obsessed with finding out the identity of this new killer. While Jami digs deeper in the mystery and history of the killings the bodies begin piling up in this typically sleepy town.

THE TOWN THAT DREADED SUNDOWN was widely marketed as a remake to the 1974 film but in all actuality is completely a sequel. Similar events play out in this one but it's all in paying homage to the original killer. The film works as a slasher and a horror mystery with the major twists and turns the story takes. The script is otherwise pretty straight forward and simple but effective enough and carried by a solid cast.

The downfall of this film, and it is a glaring, in your face problem that you literally cannot look past is the direction and photography choices made. There are heavily slanted angles for absolutely no reason throughout the film. These are usually reserved as a way to show some sort of madness, craze or other emotion changing device for the audience. Not here, they're thrown around without any real reasoning whenever the director felt like putting them in. I could probably look passed these randomly inserted slanted angle shots if I didn't have to watch the film through an incredibly hazy and sweaty looking filter. I can guess that the director wanted to give the film a sweaty, humid look which I'd be okay with but large quantities of the film look like there's a heavy layer of condensation or Vaseline smeared all over the camera lens. 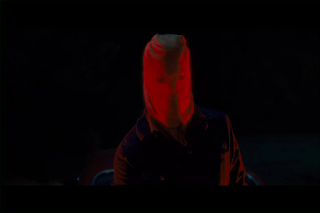 This really kills some of the better lighting designs the film has going for it in certain scenes that feature colored lighting. The hazy look drowns out the bright red lighting that gives the film a creepy atmosphere during certain scenes. It's unfortunate that this look wasn't changed after seeing how it turned out in the dailies because it looks really bad at times.

Despite the shitty look the film has it times it outshines its predecessor which is a vastly overrated film that I believe is as famous as it is for the simple reasons that it has killer artwork, The Phantom has a great look that inspired Jason Voorhees and was unavailable on DVD for years and was a heavily sought after VHS tape. The movie was frankly a bore with a couple of great moments tossed in to make it worth sitting through. This sequel done 40 years later is a solid horror film that suffers from poor technical artistic choices but remains an entertaining movie that deserves some of the recognition the original undeservedly has.

The Audio & Video
RLJ/Image Entertainment bring THE TOWN THAT DREADED SUNDOWN to DVD with a 2.40:1 anamorphic widescreen ratio that looks good for a standard definition release. Colors are strong and vibrant and black levels are handled decently. The filter used in photography keeps the disc from looking sharp because of the soft and sweaty photography style but that is a style choice by the filmmakers.

A 5.1 Dolby Digital surround sound track handles the English audio with ease and grace. There's great clarity to the dialogue and the levels are mixed well and are quite stable without unnecessary. volume fluctuations. The track is also damage and background noise free. 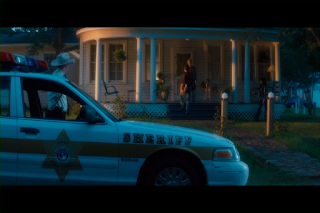 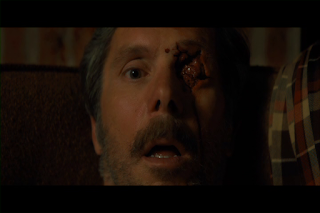 The Bottom Line
Some questionable artistic decisions aside, THE TOWN THAT DREADED SUNDOWN is a rock solid sequel disguised as a remake that easily outshines its predecessor. I wouldn't call it a modern classic but the good outweighs the bad and it certainly is entertaining.

THE TOWN THAT DREADED SUNDOWN is available HERE

Posted by Celluloid Terror (Seth Poulin) at 11:13 AM