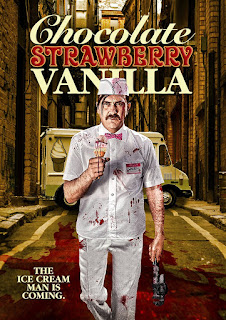 The Film
Warren is a lonely and totally awkward ice cream truck driver obsessed with a soap opera star named Katie. He also has to deal with a shitty bully who is trying to run him out of his favorite spot while stealing ice cream cones. One day fate shines down on Warren and Katie visits his truck while on break from filming in the area and they strike up a friendship. Katie visits the truck a few more times over the next several days and eventually agrees to go out to dinner with Warren but when he arrives to pick her up for their date she blows him off and Warren suffers a breakdown of the worst kind. 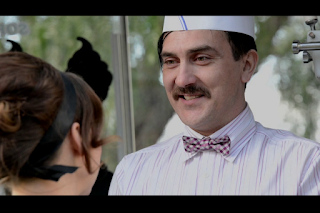 I went into CHOCOLATE STRAWBERRY VANILLA knowing very little about it other than it was marketed as a horror film to the best of my knowledge and one look at the DVD cover art would make anyone think that this film is about a killer ice cream man. I'd have been fine with that premise as it is a fine idea for a horror film even if it has been done several times in the last twenty years. This is not a killer ice cream man film. This is the story of Warren, portrayed brilliantly by Glenn Maynard as a troubled man, dealing with issues and life events that have plagued him for a long time and trying to make his way in the world. He's a genuine and kind soul that is sadly damaged mentally. His shyness and overall awkwardness can't be mistaken for psychosis however as he is not a violent man, he's a loving man that has no real way of showing it but in strange introverted ways. It's not until a series of events starting with his accidental killing of his pet cat to being tormented daily by some local thugs and eventually the love of his life rejecting him that he finally loses control.

It's an emotional journey for the audience to watch Warren slip further and further from reality, it's entirely possible the Katie's visits to the truck are nothing more than fantasy, and deeper and deeper into a broken mental state. It's difficult to watch Warren when he snaps as it is one of the most intense and disturbing mental breakdowns in memory. There are lighthearted comedic moments but most of the comedy has a bit of a dark side and the film's final five minutes turn into what you'd expect from the artwork. 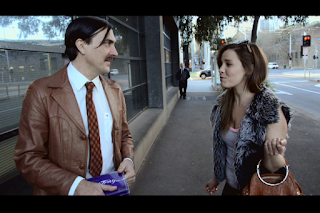 Director Stuart Simpson keeps the film tight in terms of locations and characters. It's a small scale production giving us a glimpse into Warren's everyday life. It all works towards the film's success.

The Audio & Video
Wild Eye Releasing delivers an attractive looking anamoprhic widescreen transfer on DVD with excellent clarity and colors for standard definition. There's nothing much to say about this release other than only an HD treatment would improve it. The English audio is much of the same, handled with care and featuring a stable mix free of distortions or damage. 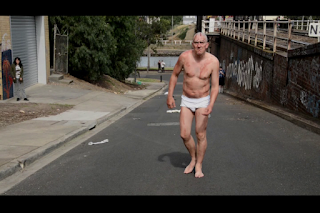 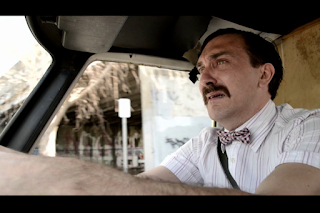 The Bottom Line
I wasn't expecting what CHOCOLATE STRAWBERRY VANILLA ended up being but that didn't hamper my enjoyment. This is a character piece that is well worth the 80 minute investment it requires and if you're a fan of very dark comedies you'll want to seek this one out.