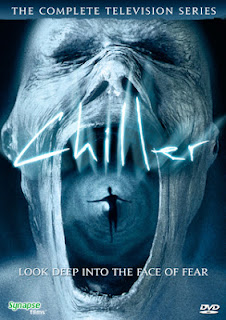 
The Film
CHILLER was a short lived horror anthology series in the UK that originally aired in the Spring of 1995. Horror has a grand tradition of horror anthologies both feature length film and syndicated for television. From Tales From The Crypt to Creepshow and more recently Masters Of Horror and American Horror Story this genre loves one-off stories blanketed under a single series title. While CHILLER won't go down in history as being as good or memorable as some of the more popular series it does offer up some solid stories.

The first episode of the series is "Prophecy" which starts with a group of friends doing a bit of partying in their van on the way to an old cafe owned by the family of Frannie, one of the girls in the group. After a round on the Ouija board and getting the message that the spirit they talked to wants to prophecize something a woman is struck by a car and killed outside of the cafe. A few years later Frannie begins a relationship with a single father and begins having a series of bizarre dreams and a plague of tragic accidents befall her friends that were in attendance at the seance and it all seems to tie in with her lover's son until she comes to a startling realization. The next episode is called "Toby" and involves a young woman who is in a car wreck which costs her the life of her unborn son and puts her into a coma. After the woman awakens she moves into a new home with her husband next to a crotchety old woman who seems to only care for her cats. It isn't long before the mourning woman believes she is pregnant and is showing the signs of it despite doctors and specialists saying otherwise. The couple try to overcome her sickness until the problems become all too real and familiar. "Here Comes The Mirror Man" rounds out disc one with a story about Gary, a troubled youth avoiding the social workers that want to bring him back into the real world. Gary seems to be a puppet for a mysterious friend of his who pulls the strings and tells Gary what to do which puts the people desperately trying to help him in grave danger. 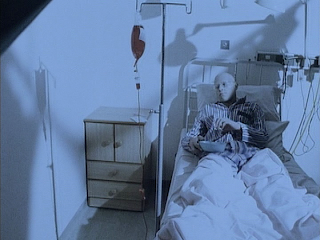 Disc two features the final two episodes of the series, the first of which is "The Man Who Didn't Believe In Ghosts". This is a classic haunted house story featuring a man who professionally writes about debunking ghost and paranormal stories and his family who have recently moved into a home with a strange caretaker who has an attachment to the house from his past. As the odd occurrences pile up the man has to question his own professional beliefs. The series comes to a close with "Number Six" which is actually number five. In this story there has been a series of child murders going on with few clues and just a couple of patterns to go off of the police and parents of the town have to work together to stop what may be ritualistic Celtic sacrifices. This episode is chock full of kids doing what they do best- being creepy. Each episode opens with a creepy alien type monster with his mouth wide open in a white hallway. It is a pretty chilling visual that sets us up for the actual story at hand. I'm disappointed this monster never made it into an episode of his own. Each story is a bit on the minimalist side of things, letting the story do the work. There isn't a ton of gore or special effects to speak of but thanks to some pretty decent to above average acting (Here Comes The Mirror Man having the best) the stories don't need too much in the way of excess. All of the stories have a similar tone and feel with dreary England locations being used as a natural atmosphere. The series doesn't have any real stinkers but on the opposite side of that coin it doesn't have any that truly stand out from the pack either. I'd say that the final episode would have to be my favorite but they all have similar results as far as I'm concerned. 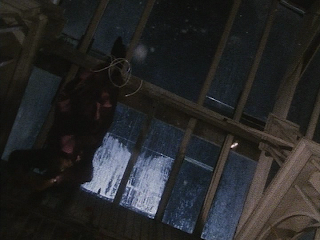 The Video
CHILLER is presented in its aspect ratio of 1.33:1 preserving the way it looked on TV back in 1995. The material was film on 16mm film and has a certain graininess to it throughout. The source material seems to be in good shape however with dirt and debris having been kept to a minimum. I doubt this looks much better than it did during its original run but it certainly doesn't look any worse. 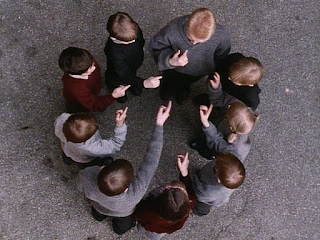 The Audio
A Dolby 2.0 Mono track gets the audio across very nicely. The mix is balanced well and there is no distractions from pops or hissing. 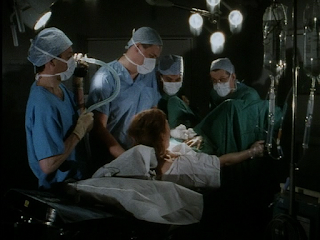 Synapse Films brings CHILLER to American audiences for the first time on DVD with a suitable presentation of the episodes. It would have been nice to see some special features on this disc such as an interview with producers or directors to provide some insight into the series and possibly why it was so short lived. Even a brief introduction to each of the five episodes like they did on the Complete Hammer House Of Horror set would have been nice. That said, horror fans will be pleased to be able to see these mid-90s works on disc, likely for the first time and that is the most important thing.

Am going to have to check this out!