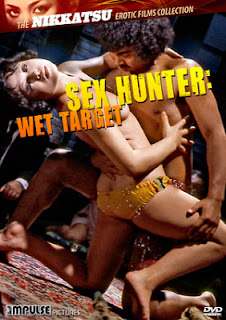 The Film
Okamoto learns that his sister Natsuko has been raped and killed by a group of drunken American soldiers while he is stuck in prison with extra time for trying to escape. After his release Okamoto tries to get information from the police but an international security treaty prevents them from giving him any information. Okamoto is harassed by a pimp and his prostitute while walking down the street and decides it is proper payback to rape her and beat him up before getting his sister's old live-in bartending job at a strip bar to try get some clues. 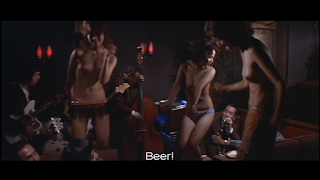 Its at the bar where he meets the man in control of many of the entertainers at the bar, including a girl that was attacked alongside his sister. After confronting the man for information, and a serious fist fight the man agrees to tell him details about his sister's death. The man tells Okamoto how Natsuko was also one of his girls and that he stumbled upon the event and watched as the men beat, raped and urinated on her and then forced a passerby to lick the urine off of her. They then proceded to hang her from the gate of a shrine. Okamaoto sets off to enact his vengeance on the soldiers one by one only to find each has already been ravaged by the horrors of war. The realization hits Okamoto hard and breaks him down until he is pushed too far by high ranking American military men at his bar and snaps in a bloody climax.

SEX HUNTER: WET TARGET is one of the earlier titles from Nikkatsu after they changed production over to adult films and it shows it with the style and artistry within the film and its themes. Okamoto is a mixed race man and feels the heat of it from his own countrymen, and everyone feels the pressures of living with the American military bases surrounding them with the Vietnam War goin on a short distance away. The film is far more revenge thriller than a piece of sexploitation despite the lengthy and numerous nude and sex scenes to pad the runtime. The biggest problem with this film is in the writing. Okamoto is often just as despicable as the people he is trying to make pay for their actions. It doesn't take more than the scene where the pimp and his woman harass him for his racial makeup and he proceeds to force himself upon the girl to show us this. Sure, they deserved some sort of punishment but rape makes him no better than the G.I.s that attacked his sister. It makes it difficult for the viewer to root for Okamoto because of how the writing handles his character. 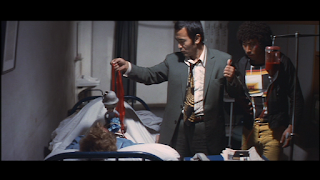 The Video
Impulse Pictures presents SEX HUNTER: WET TARGET on DVD with a 16:9 (2.35:1) widescreen presentation. The transfer is clean and the resources used seem to have been in pretty good shape. The picture is on the soft side but I attribute that to the way the film was shot more than the transfer on this disc. 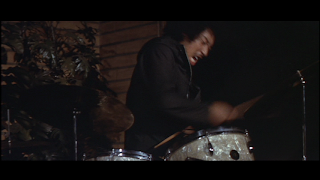 The Audio
The audio track is a clear and steady Japanese 2.0 Mono track with optional English subtitles. As is par for the course with this series of releases the track won't give your surround sound a workout but is a very serviceable track with a nice mix.

The Extras
The original theatrical trailer is included along with liner notes from Jasper Sharp in which he details the history of Nikkatsu and breaksdown this particular film a bit more. 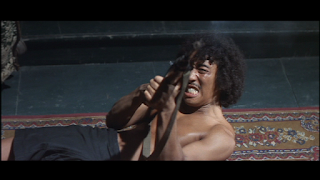