I Love It From Behind! (DVD Review) 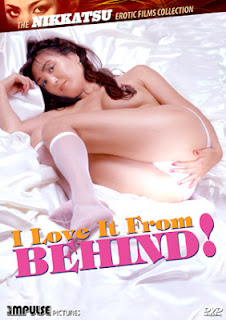 The Film
Mimei is a young woman who just recently moved to Tokyo from the small town of Sopporo and on a mission of completing her collection of 100 penis inkblot prints before her arranged marriage in a month. She collects these prints from men she sleeps with and needs the final 30 before she becomes a married woman. Also living in the same apartment are Rei who is scarred from being sexually assaulted by a co-worker and wants to turn the table on him now that he's returned from a long trip and Masumi, a girl pretty much obsessed with masturbating with any phallic item she can find. As Mimei quickly heads toward completing her goal she finds the man for number 100 but realizes that his stipulation for getting the inkblot print isn't as easy as she is. Along with that she helps her roommates overcome their apparent lesbian urges for each other. 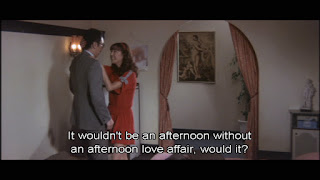 I LIKE IT FROM BEHIND! is one of the lighter sexploitation films I've ever seen, especially from this collection. Clocking in at a brisk 66 minutes the film moves quickly from one sex act to another in a very light hearted nature, even during the nastier scenes. That said, this is pure exploitation. Girls are more often naked than clothed, and having sex, though the title seems to pertain more to the men of the film than the women, and there are plenty of classic exploitation themes on display. Director Koyu Ohara directs the film in such a way that you can't help but smile and almost laugh along with the film instead of being repulsed by the acts being committed on screen, though the film doesn't enter comedy territory luckily. Ohara walks a fine line with the tone of the film and largely succeeds. It doesn't take long for the film to let the viewer know that you're in for an hour of naked women and some debauchery but you don't need to feel bad about it. 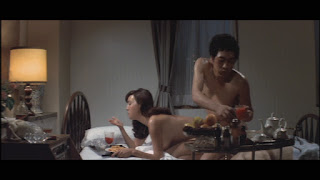 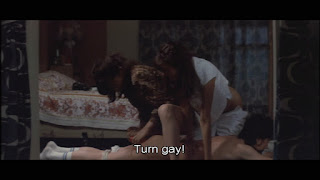 The Video
I LIKE IT FROM BEHIND! is presented in an anamorphic widescreen print with a 2.35:1 aspect ratio. The disc transfer comes from an obviously clean source that has been well preserved. No distracting dirt, debris, cuts or distortions were noticed. Though the bland lighting schemes that are common for these films don't allow for any of these films to be particularly flashy, Impulse Pictures provides a quality transfer. 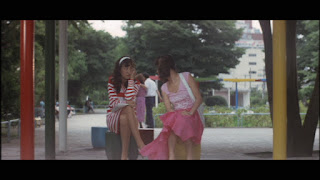 The Audio
The film is presented with a Japanese 2.0 mono track with optional English subtitles that have been newly translated. The sound is free of any annoying hiss or hum and levels stay even throughout with no drop off. Dialogue never has to compete with the soundtrack or background noise and the subtitles are clear and well synced.

The Extras
The continued series of liner notes from Japanese film historian Jasper Sharp are worthy of being the main extra on each subsequent title in this series. The original theatrical trailer is also included. 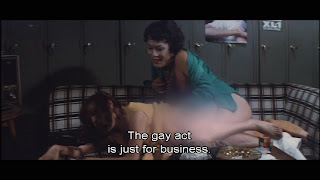 I LIKE IT FROM BEHIND! is available HERE
Posted by Celluloid Terror (Seth Poulin) at 10:44 AM