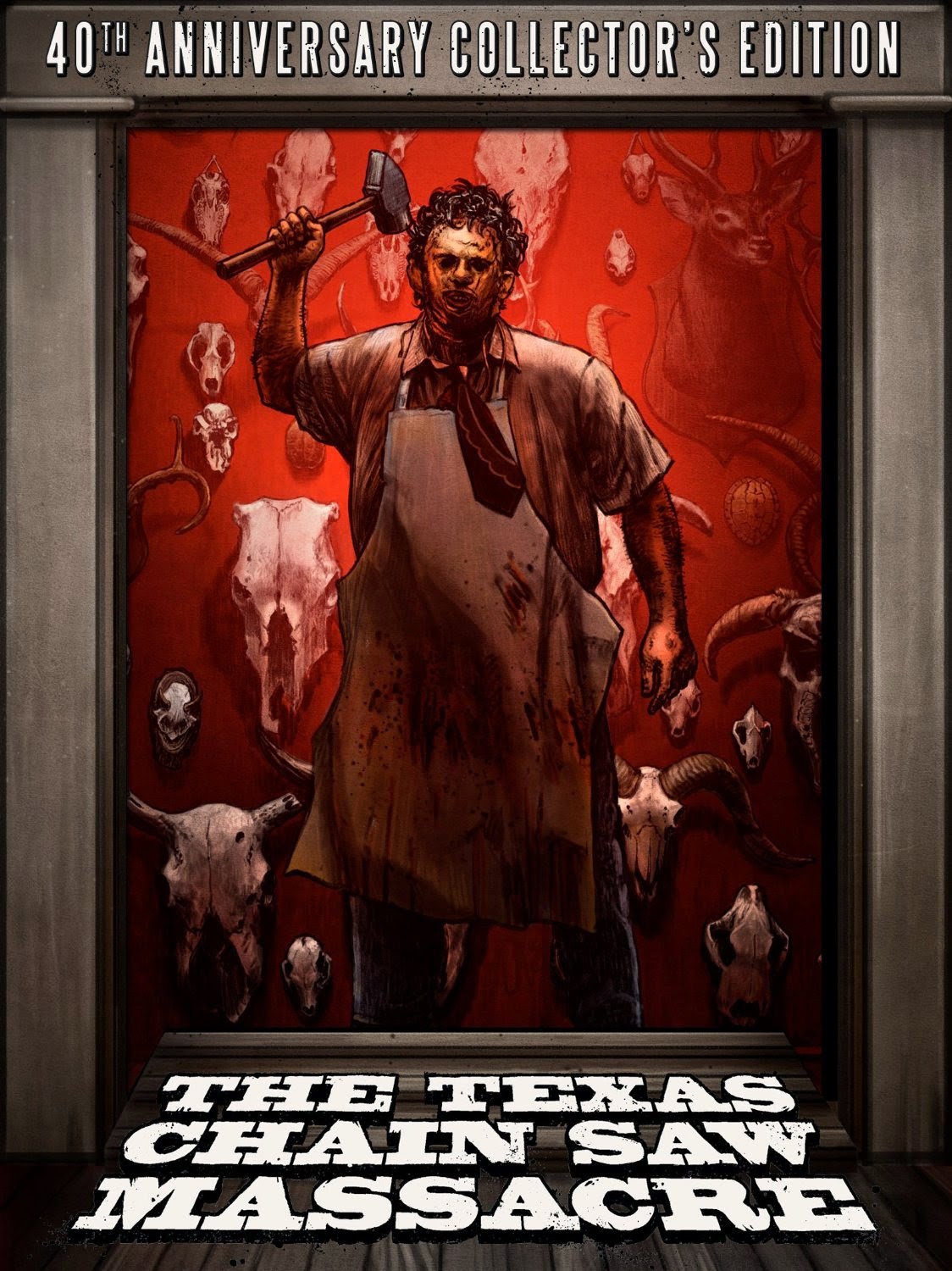 The Film
What can I say about THE TEXAS CHAINSAW MASSACRE that hasn't been said a thousand times already? This maniacal film about a group of young adults looking for a fun weekend at their grandparents old house who are terrorized and tortured by a depraved cannibal family in a small secluded Texas town is among my top 15 favorite films of all time. It is a perfect film in every way. It is violent and sick but notably light on blood or gore. There's no need for shock value here as all of the film's scares lie in the writing and performances by a group that was being driven to the brink of insanity by an endlessly oppressive Texas summer heatwave and the stench of real rotting animal corpses dressing the set. This actual madness that the cast had descended into is easily felt through the screen by the audience and I'm hard pressed to come up with another film quite like it in that way.

THE TEXAS CHAINSAW MASSACRE is as scary, weird and gross as it was 40 years ago when it was unleashed on the world. It is also as perfect in every way. Age has not cracked the film's shell and exposed flaws or dated it in any way. This film is timeless and I have no doubt it will be as effectively horrifying at its 80th anniversary as it is today at 40. 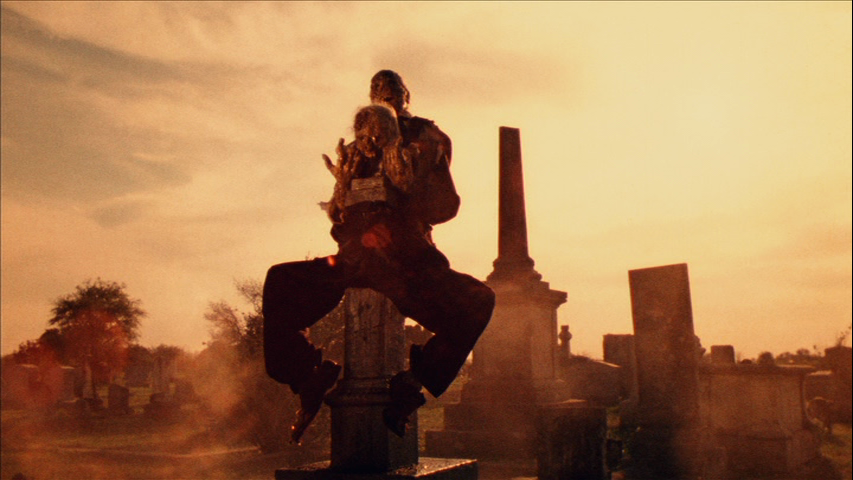 This film has received incredible amounts of merchandising over the years from video games on the Atari system to action figures, drink mugs, artwork, t-shirts, Halloween costumes and more. Of course home video releases rule and THE TEXAS CHAINSAW MASSACRE has been released on every format from Betamax to Laserdisc and even had a CED release. Perhaps most of all though, it has had numerous releases on DVD and Blu-ray including Collector's Editions, Anniversary Editions, Ultimate Editions, Special Editions... you name it and it probably had an edition. I've owned a few of these editions and while many of them are quite nice as far as technical presentation of the film and special features are concerned, none of them hold a candle to this new 40th Anniversary Collector's Edition Blu-ray set. 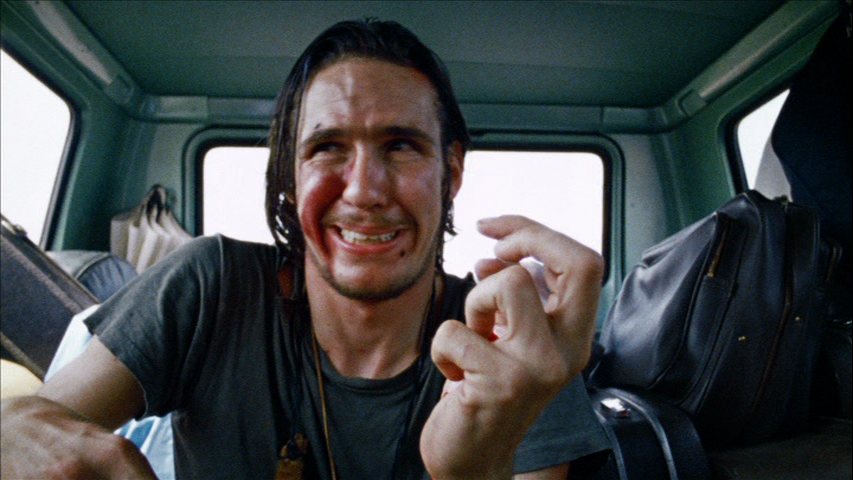 The Audio & Video
Dark Sky Films has done great work with TEXAS CHAINSAW MASSACRE in their past editions of the film but they've now given us the definitive edition. The new 4K presentation of the film takes the pretty damn good looking previous Blu-ray and blows it out of the water. There's a beautiful film quality to the picture which has a very sharp look with a lovely natural color palette. Skin tones look fleshy and healthy and the anamorphic widescreen 1.78:1 transfer has come from source material that was in excellent and very clean condition. There are a number of audio options, including a Dolby TrueHD 7.1, 5.1, 2.0 and the original Mono mix. Depending on if you want to work out your home theater system or listen to the original mix you're in for a treat. The mixes are all well done and crystal clear. There's never any instances of levels fluctuating and there's no annoying background noise or popping or crackling. I'll sum up my thoughts on the A/V with a resounding "hell yes!" 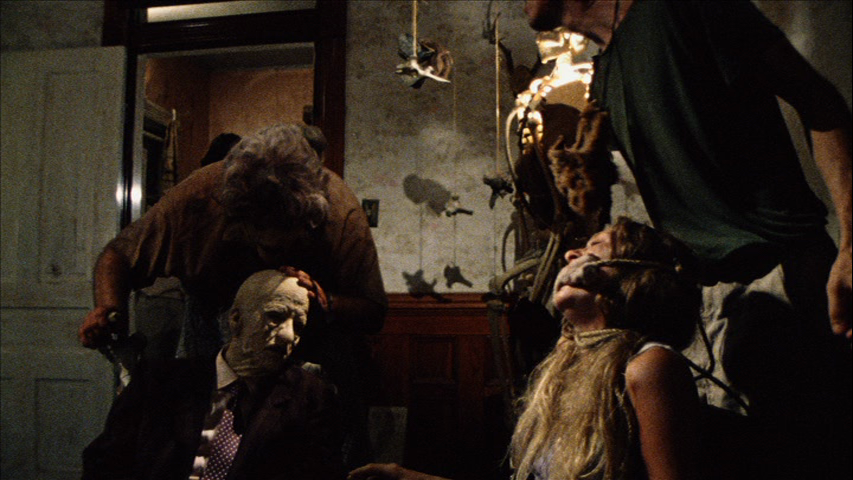 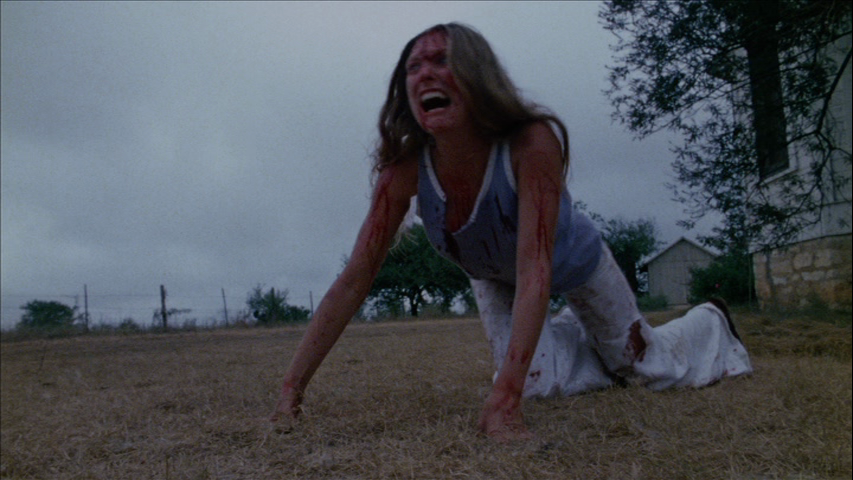 The Bottom Line
By now do you need to hear anything else? I sure hope not because a perfect film with a damn near perfect presentation and a metric shit ton of extras shouldn't take too much thought. Go get it.