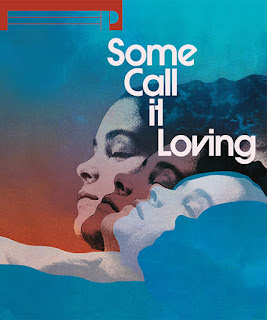 The Film
A beautiful young woman is kept in a perpetual sleeping state so a seedy carny can profit off the $1 kisses he sells in a "Sleeping Beauty" sideshow. A weird musician buys the girl from the carny for $20,000 and brings her to his castle where he awakens her and introduces her to his existence of lovers, music, and things. As their relationship grows it becomes painfully clear to both the girl and her former Prince Charming that she longs for a life far more fulfilling and free than anything he will offer.

I want to call SOME CALL IT LOVING a minor masterpiece. I think it just might be, but I just can't quite pin it down. It is a bizarre film, an odd viewing experience that is in a dreamlike state from start to finish. Though they share many similar qualities and a few major plot points I wouldn't call this film a fairy tale by any means. There's no happily ever after. Instead there's a somber and sad mix of disappointment, longing and letting go.

The performances are restrained, especially from Zalman King as Robert, the musician. He is wooden for much of the picture, offering little in the way of expressive emotion. I found his performance to suit his character and the picture itself quite well however. Holding himself back as this mysterious, introverted, almost shy man more than satisfied with the secluded life he leads is almost entrancing to watch. King has a presence in this film without doing much of anything. 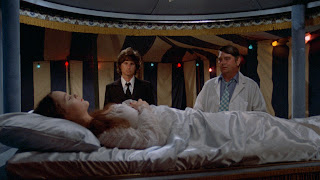 The atmosphere lends itself to a dreamy, story book tale, though one could argue it is more of a nightmare to wake up after years of slumber only to an existence that you would rather return to your world of dreams than to actually live in. This sleepy atmosphere pulls the entire picture together, without it this film would be lost and quite frankly would have been a bore. Instead I loved what I saw, the atmosphere making the way the film plays out to be quite interesting and I found myself fully invested in the characters and their small part of the world that they occupied.

The film has layers and levels that need to be seen to appreciate in ways a review simply can't sum up. Richard Pryor's supporting character Jeff adds another dimension to the film, that gives Robert his only reprieve from his otherwise bizarre existence and gives us a taste of the real world version of Robert.


The Audio & Video
The first release from the Vinegar Syndrome label imprint Etiquette Pictures is a winner and I'd expect no less. The Blu-ray features a new 2K scan of the 35mm negative which looks quite good in its 1.85:1 anamorphic widescreen transfer. The film has an intentionally soft look to add to that dreamy and airy atmosphere which keeps colors and overall sharpness a bit subdued but don't be fooled, it is a very nice looking disc. Skin tones are natural and there is a nice sharpness to the film despite the softer than usual photography. And the overall film like quality and grain structure this transfer has lends itself to aid in the film's overall look and feel.

The English audio is handled with a Mono HD track that sounds quite good. There's no need for a new remix track to add multiple channels when the audio is this crisp. There's no damage or distortions evident and the track is free of background noise. 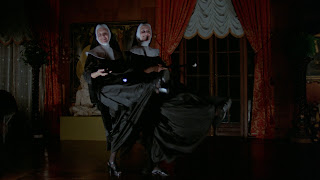 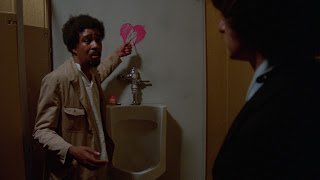 The Bottom Line
Is this film a minor masterpiece? I think it may be. I can see how the film would divide audiences as it is a slow moving script with a monotone delivery but I think this film is truly fantastic.


SOME CALL IT LOVING is available HERE
Posted by Celluloid Terror (Seth Poulin) at 12:42 PM