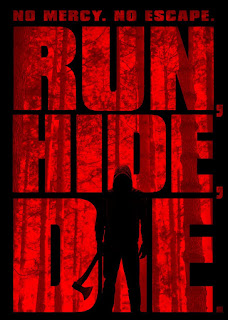 The Film
A year after the tragic death of her husband, Addison and four of her friends get away from the real world with a trip to her in-laws cabin for a brief moment of peace and fun however one of the girls is hiding a secret and they're not alone as their trip quickly turns into a night of terror.

The best thing about RUN, HIDE, DIE, originally titled "The Anniversary" which I feel is a far better fit and doesn't have the cheap direct to video feel than the title it has been released under does, is that it knows when to end. The film is a quick 75 minutes, it doesn't linger around like that last late night guest at a party who refuses to leave. The script which was written by star Allison Monda gets us where we need to be and tells us what we need to know without as much as pumping the brakes. This is like riding in the carpool lane to splatter town. 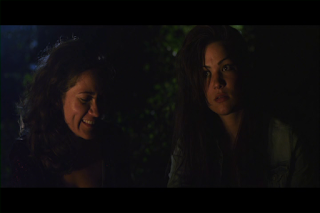 The main draw of the film will be for slasher and torture fans as that makes up almost the entire second half of the film. There's no shortage of bloody violence and the gore is on display here. There's no real surprises here and the film is quite predictable but it doesn't make it any less enjoyable. This is popcorn horror through and through. The real downfall of the film is Addison's friends being quite the annoying and/or entirely too Plain Jane bunch. The supporting girls are plain and bland. I'm not expecting Shakespeare or anything, after all this is popcorn horror driven by bloody torture, but the attempts at creating interesting and developed friends for our lead are weak and half-assed.

The film feels that it could have been made at any time between the 1980s and today and I love that fact. No it isn't amazing and the characters are thin and the script isn't amazing but sometimes being average is good enough for a night's viewing.

The Audio & Video
The DVD from RLJ Entertainment looks okay but for a film shot digitally I expect better. There's a lot of compression issues and pixelation even in scenes without rapid motion or that are particularly dark which are usually the problem areas. When these issues aren't present the 2.40:1 anamorphic widescreen transfer has a neutral color palette, and moderately sharp detail level. A 5.1 Dolby Digital surround sound audio track is more than capable of handling the English dialogue and score. The mix is well done and the track is free of damage or distortions. 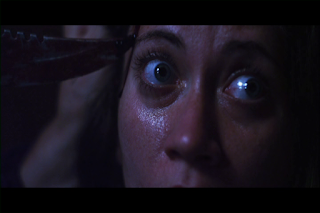 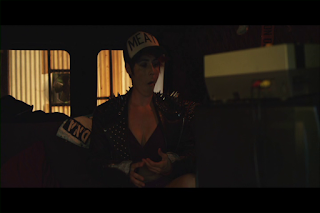 The Bottom Line
It's predictable, you've seen it before and the DVD release isn't the best and somehow I still can't knock it too hard. RUN, HIDE, DIE knows what it is and despite its shortcomings it isn't the worst film of the type I've seen recently. Or maybe I'm just in a good mood today.