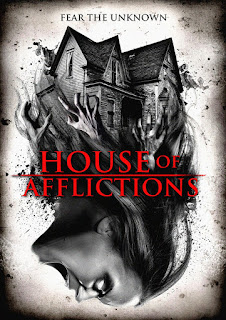 The Film
Kate Beckley was one of England's best selling authors with her series of crime novels but it has been years since she's released a new book while dealing with the death of her young daughter. Now attempting to write a new book in a new house Kate is haunted by strange figures and visions along with other strange occurrences which become more and more violent with each passing night.

HOUSE OF AFFLICTIONS has a decent premise, at least one that I find interesting. A house that holds on to the grief and bad feelings of the events that happen within its walls and manifests that energy into evil is a decent set up for a haunted house horror film. Unfortunately the movie has zero style or pizazz. The acting is wooden and feels like everyone was doing green screen acting with little to no experience. The writing is cliche'd and generic as hell but it's probably the strongest point of the film in that it is a coherent story. 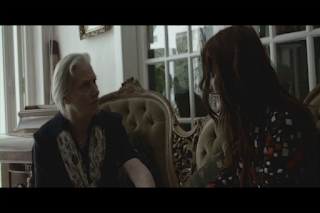 The movie could have at least been okay with good direction but there's nothing going on here. There's awkward framing, a lack of sound design that would have added some much needed production value and many of the scary moments feel like very rough rehearsals as opposed to final takes. I'm not familiar with Anthony M. Winson who wrote and directed the film but according to his IMDB page he has 8 directing credits prior to HOUSE OF AFFLICTIONS and with that sort of experience I really expect better quality and more style.

The Audio & Video
Wild Eye Releasing gives us a solid DVD featuring a 16x9 anamorphic widescreen transfer that looks and sounds as good as the production of the movie will allow. HOUSE OF AFFLICTIONS has a distant and thin sound and that is reflected here but it is relatively clear sounding and the levels are steady and the mix is well done. The picture is clean and has solid color reproduction with decent detail for a standard definition release. The darker scenes suffer a bit from blocking but overall the DVD has solid A/V qualities. 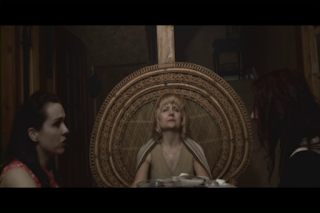 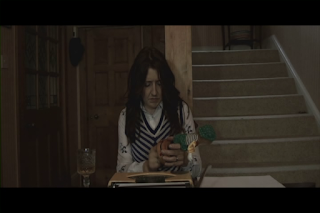 The Bottom Line
I love Wild Eye Releasing and respect them endlessly for releasing underground and obscure genre films but this one just doesn't work for me.