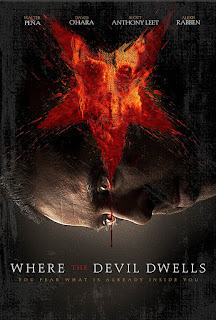 The Film
Lenard Vasquez, son of the infamous serial killer "The Butcher" Oren Vasquez (Walter Pena) has just been released from the psychiatric hospital and must remain under house arrest and monitored by a very strict and tough sheriff. Lenard beings to suffer from signs and visions that may be of a Satanic cult. Lenard hires a local student to help him with errands and perhaps unravel the mystery of the cult but a bad situation gets worse when Lenard's father who was long thought dead turns up in his life wanting to kill again.

WHERE THE DEVIL DWELLS wisely sets the film in 1989 when the fear of Satanic cults was at its peak in modern America. The film relies on solid performances from our core cast and some increasingly dark imagery that adds to the film's psychological effectiveness. WHERE THE DEVIL DWELLS doesn't feature an abundance of blood and gore with only a couple of more graphic moments which are well done. Director Marc-Andre Samson has extensive credits in the visual effects department on massively popular and successful films and television series and that comes as no surprise as some of the most impressive aspects of the film are it's visuals - from the Satanic music video to the zipper mouthed bondage mask worn by The Butcher, WHERE THE DEVIL DWELLS makes use of interesting visuals to take the place of perhaps cheaper gags. 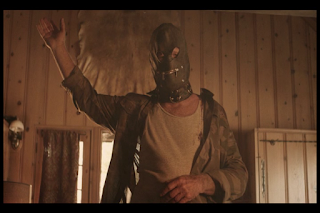 WHERE THE DEVIL DWELLS is a very well done indie film, leaving the viewer wanting more of what we've seen but not depriving us of the good stuff. It's like a good appetizer, you want more, but what you've already been served was enjoyable.

The Audio & Video
Midnight Releasing's DVD looks and sounds solid. The picture has decent sharpness and clarity with proper colors. The English audio is presented with a 5.1 Dolby Digital surround mix that is strong and steady. Levels don't fluctuate or suffer from any damage. 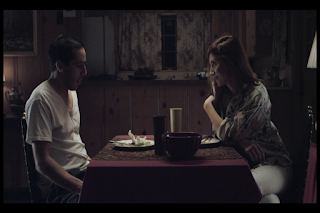 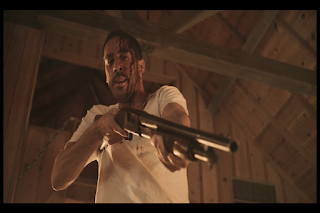 The Bottom Line
WHERE THE DEVIL DWELLS succeeds with its solid performances and creepy visuals.

WHERE THE DEVIL DWELLS is available HERE
Posted by Celluloid Terror (Seth Poulin) at 5:27 PM