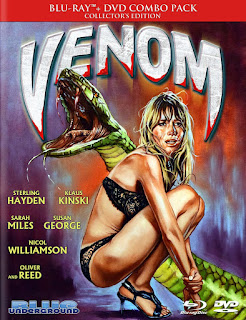 The Film
A sickly boy is left alone for the first time with his grandfather and their maid who has plans to kidnap the boy with her boyfriend who is an international terrorist and the crazed chauffeur. The plan goes awry when the boy's new pet snake is mistakenly swapped out for a deadly Black Mamba that is on the loose in the London townhouse. Matters are only made worse when the police cordon off the street leaving the criminals to barricade themselves inside as the deadly reptile continues its rampage and the boy desperately needs his medicine. 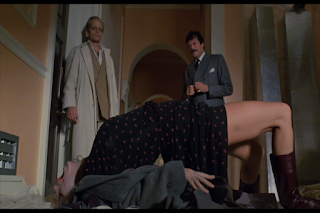 VENOM is a killer snake horror film held within a suspenseful crime thriller. What started as a somewhat troubled production (detailed in the booklet included in this release) turns into a tight and tense film helmed by Piers Haggard (The Blood On Satan's Claw). Haggard constructs a film that is downright claustrophobic as any room could be a room of death and any move could be your last. The terror of the world's most dangerous and deadly snake is only amplified by the hot headed and crazed chauffeur played by Oliver Reed. Klaus Kinski as Jacmel the terrorist isn't any more likable than Reed but his character is the antithesis to Reed, giving a cool, calm and collected performance with just an underlying hint of that classic Kinski crazy. Kinski and Reed play off of each other with true grace. Susan George's supporting role of the maid completes the trio of baddies and she adds just enough sex appeal to spice the film up a bit. Sterling Hayden is comforting not only to the young sick boy who is his grandson but to the viewer as he's a very soft spoken elderly man that brings the viewer back to a younger age. The main cast is rounded out by a smart and rock solid performance by Nicol Williamson as the head policeman on the case. 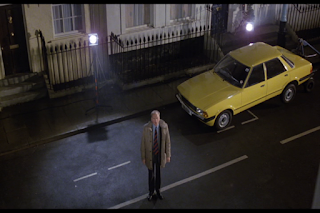 The film was based on a best selling novel by Alan Scholefield with minimal changes. The screenplay keeps things moving to a violent and shocking finale and though the majority of the film takes place within one location we move about locations around the house as the police form their plan which gives the audience a breath of fresh air that our captive victims aren't privy to. The film relies on this tension and suspense as opposed to graphic on screen shocks and special effects. Director Piers Haggard has gone on record saying he wishes he would have had more snake horror and while that would have made VENOM a bit exciting, it would also have called for more throwaway characters and would have turned this remarkably tight thriller into a straight forward horror film that we've seen plenty of times before.

VENOM skillfully incorporates a mini creature feature type horror film within the pages of a sadly underrated thriller that makes use of actual Black Mambas.

The Audio & Video
The biggest praise I can give to Blue Underground's Blu-ray of VENOM is that it looks strikingly natural. The 16x9 anamorphic widescreen transfer features strong detail and a color scheme that looks like a nice film print. Skin tones are fleshy and there's minimal digital noise. Nothing looks artificial and its just simply naturally beautiful in HD. The English Audio comes with three options, a lossless 7.1 DTS-HD Master Audio surround mix, a 2.0 DTS-HD stereo mix and a 5.1 Dolby Digital surround option. I chose to listen to the 2.0 DTS-HD mix as I prefer keeping the mix as close to the original mix as possible and it didn't disappoint. The sound is crisp and crystal clear. There's no hiss (wink) or other distortions and no background noise. The score never overpowers dialogue but compliments the feel of the film. English, French and Spanish subtitles are available.

Please Note: Screen grabs have been taken from the DVD version of the film and do not reflect the Blu-ray's HD presentation. 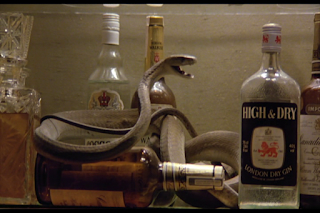 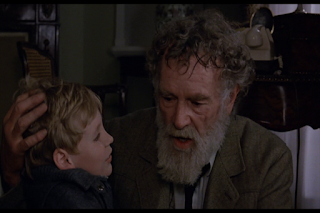 The Bottom Line
VENOM is an underrated film that deserved more attention than it received prior to this release but now that is has a collector's edition Blu-ray from Blue Underground it is more deserving of that attention than ever.