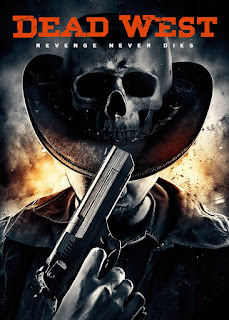 The Film
A nameless outlaw is driving across the country leaving a trail of blood behind him each time his search for love fails. His journey may come to an end when the brother of one of his victims tracks him down and puts him at gun point.

DEAD WEST is one of a slew of gritty, violent thrillers set in the American west being released these days. Brian Sutherland stars as the lead who changes his name with each new encounter. He's decently threatening and charismatic enough to get the job done. The best performance in the film is that of Roxy, played by Megan Karimi Nasar who plays the lead protagonist and main love interest of Sutherland. She's likable and easy to care about, giving a very sympathetic performance. The rest of the cast is competent except for the entire scene at Sug White's house which is down right awful. It feels like a spoof but they're dead serious about it. 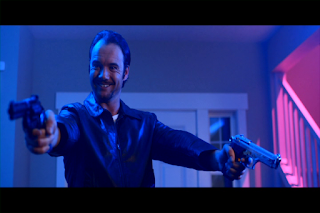 There's not enough to the script to support nearly two hours of a movie and that doesn't include what was inevitably cut from the final product. The plot is thin and frankly the synopsis that the drifter is looking for love is bullshit since he has no intention on giving many of his encounters a chance and disposes of them very quickly. The drifter seems more into killing than he does finding love. It doesn't make him seem more dangerous or maniacal, it just makes the entire film feel like a cheap excuse for murder sequences. Even my favorite part of the film, Semih Tareen's score, became repetitive and overused because of how often it cues in to the drifter's attitude.

DEAD WEST is a well shot thriller with a pair of leads that were let down by a lackluster script. It has its upside but falls well short of what it could have been.

The Audio & Video
RLJ Entertainment gives DEAD WEST a nice looking 2.35:1 anamorphic widescreen transfer. The picture is clean and colorful and black levels are fairly deep. The Dolby Digital 2.0 stereo mix sounds crisp with a steady mix that allows the score to shine without making the dialogue muddy or hard to understand. 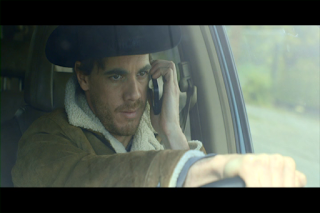 The Extras
-Audio Commentary with Director Jeff Ferrell, Actor Brian Sutherland, and Composer Semih Tareen
-The Making Of DEAD WEST - A feature length making-of documentary clocking in at over 68 minutes. 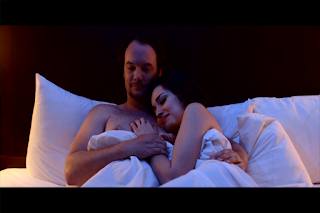 The Bottom Line
DEAD WEST is thinly plotted and one note. If you're extremely interested in seeing it I suggest renting it.