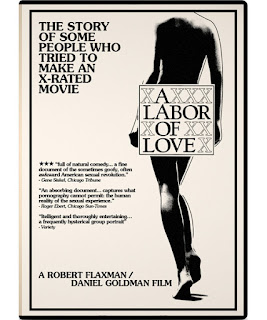 The Film
In the early 70s  Henri Charbakshi set out to make a film that was a "combination of Fellini, Truffaut, and Bergman" about a couple that couldn't have a baby due to the man's inability so they go to a brothel. Different from the traditional sense, this brothel is all men prostitutes and the woman is to choose her man to have their baby. This film is known as The Last Affair. 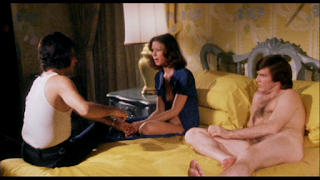 A LABOR OF LOVE is the very real documentation of the production of The Last Affair, a film that the producers, that is the money behind the film, felt needed to be filled, with up to 60 percent real sex in order to make money. This documentary is over an hour of the humanization of a group of actors, many first timers and young, dealing with all of the issues and emotions being in such an uncomfortable situation can bring along with a director trying to make a film as close to his vision as he can while dealing with the pressures of his financial backers and his cast and crew's emotions throughout the shoot.

A LABOR OF LOVE closes stating that the producers rescripted the film, shot new material, and released the film with no explicit sex scenes. 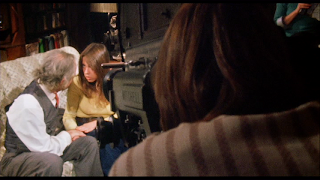 The Video
Vinegar Syndrome presents this documentary in a 1.85:1 widescreen transfer that looks good for what it is. This was never meant to be a beautifully filmed, feature film, instead it is the documentation of filming a feature film. The film is grainy and sometimes soft but colors look fine and the image is stable and seems to have been maintained well.

The Audio
While dealing with small amounts of its own background noise and noisy cameras and other equipment on set,  A LABOR OF LOVE actually sounds pretty good. The dialogue and interviews with cast and crew is what drives the sound of this disc and it is always crisp and clear. 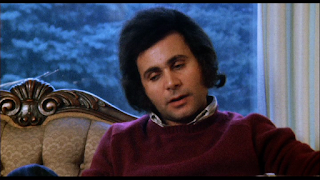 The Extras
The main extra is a taped interview with director Robert Flaxman from a recent screening of the film in which he goes in to great detail about how the project came to be and memories from making the documentary. Also included is the original theatrical trailer.

The Bottom Line
Anybody interested in the film making process, whether in front of the lens or behind, owes it to themselves to take the 67 minutes and watch this documentary. While being entertaining it is also a candid look into how difficult making a low budget independent film can be when you have investors who interfere in the artistic process in order to try and guarantee a profit.
A LABOR OF LOVE is available HERE
Posted by Celluloid Terror (Seth Poulin) at 4:50 PM