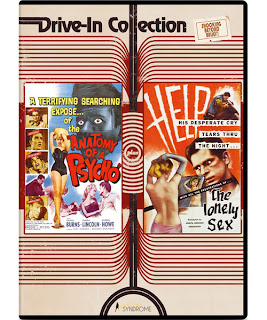 The Films
As Duke Marco is sentenced to death for a murder, his younger siblings who were raised by him must deal with his death. Chet, the youngest, believes that Duke confided to him and only him that he was innocent, and sets out on a path of vengeance against those responsible for putting his brother to death. Despite his sister's pleas to stop, and see Duke for the hoodlum he really was Chet attacks the DA's son and the judge's son, even letting his own friend die after a fight to set up the DA's son with a murder charge himself. 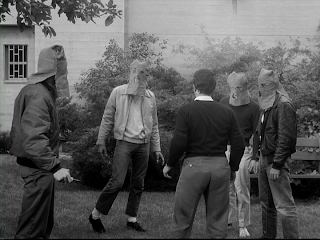 ANATOMY OF A PSYCHO is a decent little thriller that would probably have been better suited for production 10 or 15 years later when it would have been full of excess that makes these types of revenge films entertaining. As it sits, it is a fine film, that isn't really bad at all, just tame. Tameness is it's biggest flaw. The fight scenes are almost comical at times (especially the one leading up to a large fire) in how over acted they are, but that is more a sign of the times than a flaw of the film. ANATOMY OF A PSYCHO is best summed up in one word, decent. 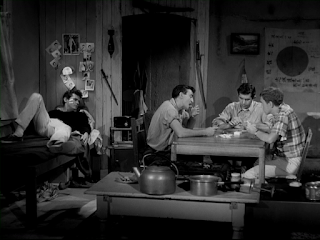 THE LONELY SEX begins with a newspaper heading "Sex slaying in memorial park" and cuts to a man walking down the street, peering into a window to spy on a woman undressing from her black lingerie and fishnets. The man is ever vigilant to make sure he isn't caught, but he never once glances away. The man is Mr. Wiler, a tenant at a boardinghouse run by Annabelle and her father, a doctor. Mr. Wiler has an attraction to Annabelle and doesn't keep it a secret. We are soon introduced to another man, a loner that spends his time in a shack where he lives or spying on beautiful women in the park. When he offers one of those women, Annabelle, a flower and she laughs in his face his weak mind responds with brutal violence and he begins choking and striking her repeatedly. After letting her go, he stalks her again, this time capturing her and locking her in his shed. The deranged man goes to Annabelle's father seeking help for his own damaged mind when he reveals that he has kidnapped her. Wiler and the doctor go to rescue Annabelle and Wiler decides to go one step father.

THE LONELY SEX is a rather bland psycho sexual thriller. There was some potential early on but it quickly becomes nothing more than a sit-and-wait affair for the girl to be rescued, while the deranged man escapes to the confines of a church with his life until the police come. The short film movies at a brisk pace to prevent the movie from dragging but a boredom still manages to creep in by the end of the film.

Video
Aside from a few short moments of damage ANATOMY OF A PSYCHO has a very nice looking print. The black and white transfer is sharp and features a healthy dose of natural grain. Vinegar Syndrome did a really nice job here. 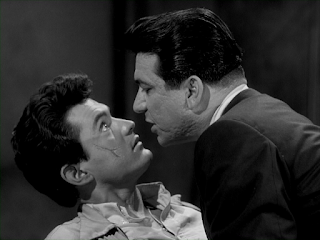 THE LONELY SEX looks nice for the most part. The black and white 1.37:1 transfer is clean and sharp, with some scratches and dirt present but nothing distracting. There are some moments towards the end of the film where the source material was damaged and you can notice skips in the frames. Nothing major, and Vinegar Syndrome did a nice job.

Audio
ANATOMY has a clean and clear audio track. Dialogue and music are nicely mixed and provide an all around enjoyable listen.

As with the video on TLS the audio isn't bad either. There is some hissing and crackling in the background but dialogue comes through loud and clear. 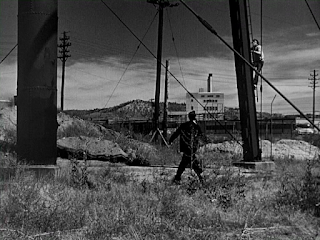 The Bottomline
While this pair of thrillers probably won't keep you on the edge of your seat, they will give you a bit of insight into exploitation films a good decade before they exploded into what we picture them as today. And on top of that neither is particularly bad, just nothing exceptional. Recommended, even if only to see how exploitation films have evolved.