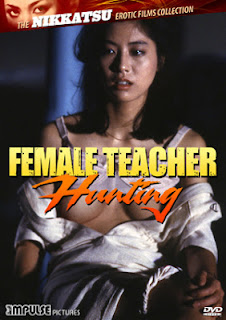 The Film
When a moonlit affair in a pool leads to boy being accused of raping his girlfriend he storms out of school on the last day, declaring his intentions to drop out. After a nasty encounter, that doesn't go as far as you expect it to while watching, the student head's to a coastal town to spend his summer days roaming the beach and enjoying all that it brings. Soon after the student is brought in by a local bar owner and his sex-starved wife who throws the boy into a whirlwind of sex and violence. Meanwhile, the teacher he encountered before leaving school has rented a small place in the same beach town to have a summer affair with her married lover, setting up an encounter between the student and teacher and possibly changing the student forever. 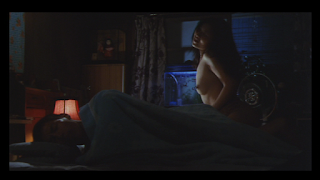 From the start FEMALE TEACHER HUNTER doesn't quite seem set in the same reality we live in. The nasty rapes that occur don't have the gut churning effect that they do in such films as Irreversible, or I Spit On Your Grave. No, these rapes, to the viewer at least, come across as sort of a fantasy world where we can safely view these characters experiencing one of the most deplorable things life has to throw at us. It is certainly thanks to the excellent direction and as the synopsis on the back of the DVD case says "moody" cinematography. This film is possibly the finest crafted film to be released in the Nikkatsu collection so far. The content is rough but the delivery is polished and dramatic. This is much more than common sleaze.

The Video
Impulse Pictures delivers a nice looking 16:9 anamorphic widescreen transfer that has strong colors and natural looking flesh tones. The print is very clean with no dirt or debris. 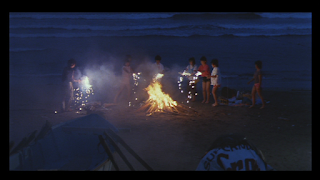 The Audio
A 2.0 mono Japanese track with newly translated English subtitles provides the only audio option and it is a good one. It is well mixed with dialogue coming through clear and subtitles are well timed and easy to read. there is no distracting hiss or distortions.

The Extras
The original theatrical trailer is included alongside the ongoing series of liner notes from the resident expert on these films, Jasper Sharp. 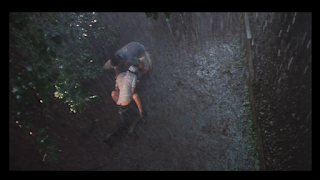 The Bottom Line
Despite the incredibly rough side to much of this film, FEMALE TEACHER HUNTING has a level of beauty that transcends the rape and violence and caters to the odder side of the psyche. With spine number 13 in the series this is certainly among my favorite so far.